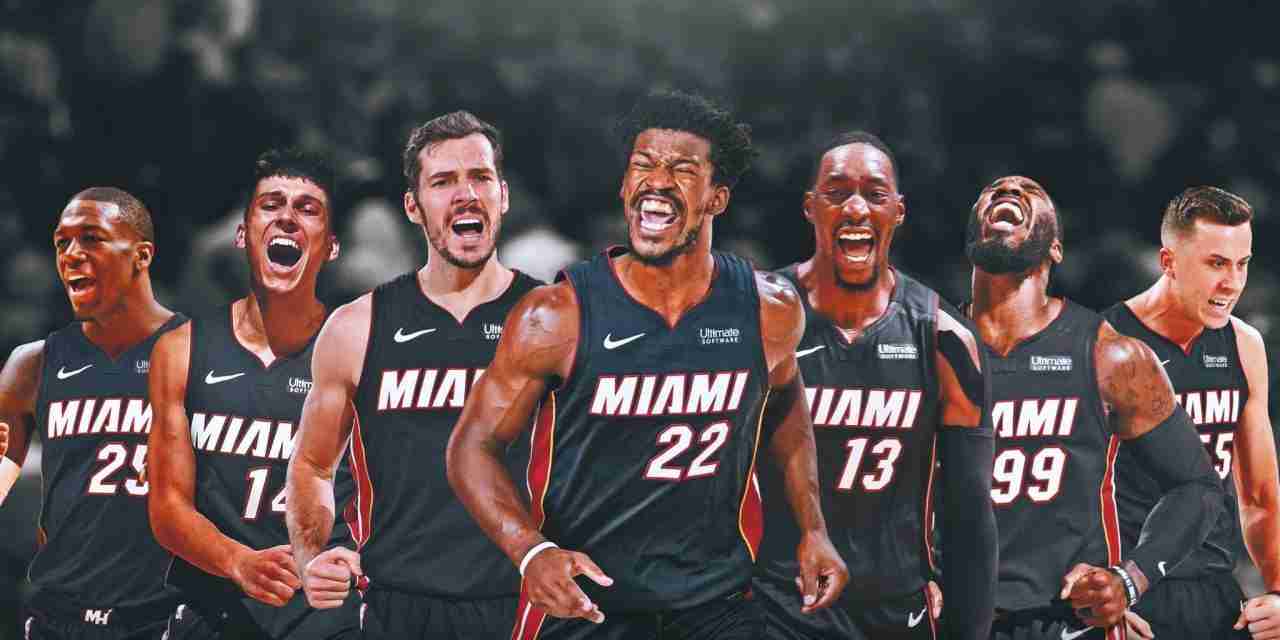 The Miami Heat secured their place in the Eastern Conference finals after a 99-90 win over the Philadelphia 76ers gave them a 4-2 play-off series win.

In the Western Conference, Luka Doncic ( DONKISH ) scored 33 points to help the Dallas Mavericks beat the Phoenix Suns 113-86 and tie up their series at 3-3.

The decisive game seven will take place in Phoenix on Sunday.

All six games so far have been won by the team playing at home.