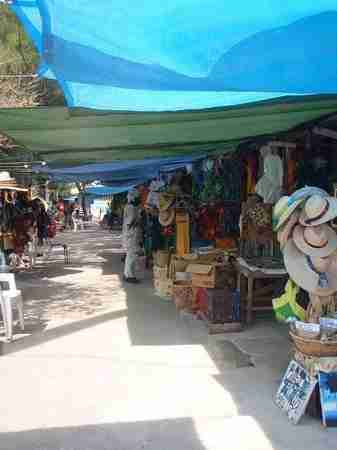 The Tourism Ministry and some craft vendors are describing as a success the arrival of the Carnival Sunrise cruise ship which docked in Ocho Rios, St Ann.

The Tourism Ministry says the majority of the visitors are fully vaccinated.

All of the tourists reportedly presented a negative Covid-19 test prior to their arrival.

Mr. Seiveright has moved to highlight the importance of keeping sections of the Jamaican economy afloat to other key sectors.

Meantime, one of several craft vendors who were doing business with the visitors spoke with the media.

Meanwhile, some 250 craft vendors at the Ocho Rios Craft Market were reportedly left angry and disappointed, after they claim they were not allowed access to the 1,700 tourists who disembarked the Carnival Cruise ship in the town on Monday.

The craft vendors say despite being on a list of approved attractions, not a single tourist visited the market where they had their items on display, hoping to make a sale during the lockdown.

The craft vendors say only the major attractions benefited from the arrival of the cruise ship.

Marketing Manager of the Ocho Rios Craft Market, Dennis Gordon, did not mince words as he expressed the disappointment among his colleague craft vendors.

Cabinet made a decision to facilitate the arrival of the Carnival Cruise Ship on a no-movement day to honour its agreement with the cruise line.

The arrival of the cruise ship was expected to benefit craft vendors in Ocho Rios.

The craft market was given approval to be in operations when the ship docked.

Mr. Gordon says the craft vendors were prepared to ply their wares from as early as 6:00 on Monday morning, but were unable to make a sale.

Mr. Gordon says many of his fellow vendors suffered a financial loss.

He says he will be reaching out again to the authorities to have further meetings to ensure the vendors can benefit from the re-opening of the cruise industry.