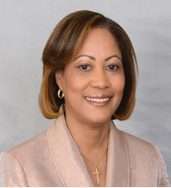 President of Money Masters Limited, Claudette Crooks, is raising concerns that the Jamaican government is relying too heavily on loans from the Chinese to fund major infrastructure projects.

She says the country runs the risk of major assets being taken over by the Chinese should Jamaica ever default on these debts.

In June this year, the Sri Lankan government handed over its USD$1-billion port and 15,000 acres of land to the Chinese government for 99 years.

Why? The Sri Lankans were unable to service their loan from the China Exim Bank, to build the port, which was constructed by China Harbour Engineering Company, CHEC.

If those two Chinese-owned entities sound very familiar, it’s because they’ve invested billions of dollars in Jamaica in recent years.

That’s after already spending three-quarters of a billion US dollars to finish the North-South Highway.

And, Chinese money is also behind the high rise Foreign Affairs and Foreign Trade offices being built in downtown, Kingston, as well as a pending industrial park and special economic zone.

President of Money Masters Limited, Claudette Crooks, is worried that Jamaica is putting too many eggs in China’s basket.

She believes locals have the money to do it, if the government commits to freeing up some $800-billion currently tied up by prevailing restrictions.

One pension fund manager, Brian Frazer from Scotia Investments, says the industry has been meeting with the FSC, and some changes could be coming by next June.

But while this will help to diversify the mix of investors in Jamaica’s assets, is it too little too late?

Chinese investors are already billions of dollars ahead, leaving locals to play catch up.