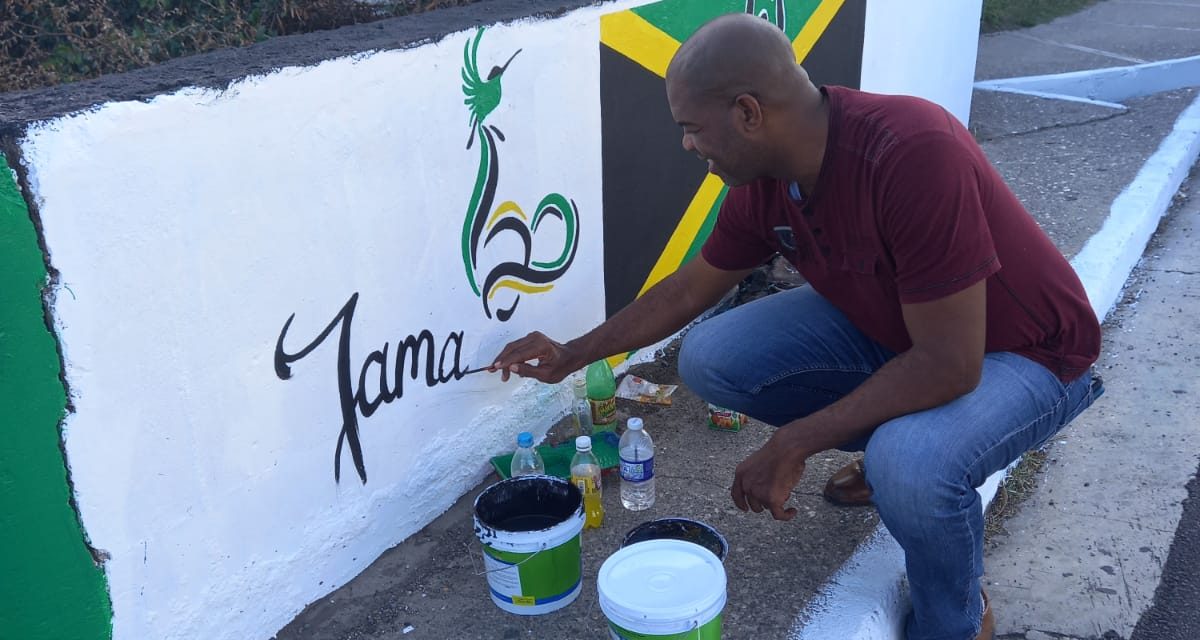 Member of Parliament for St Catherine South Eastern, Robert Miller, has called a media conference after several murals that were painted in anticipation of the Jamaica 60 celebrations were reportedly defaced.

The media conference is set for 11:30 this morning.

In a video being circulated on social media a man is bemoaning the fact that it appears that white paint has been placed over several sidewalks and walls in an area.

It appears that under the white paint are images of Jamaica flags and other symbols.

Debate has raged in recent days surrounding the Jamaica 60 celebrations, with several people on social media claiming the government hasn’t done enough to prepare the country for the Jubilee celebration.