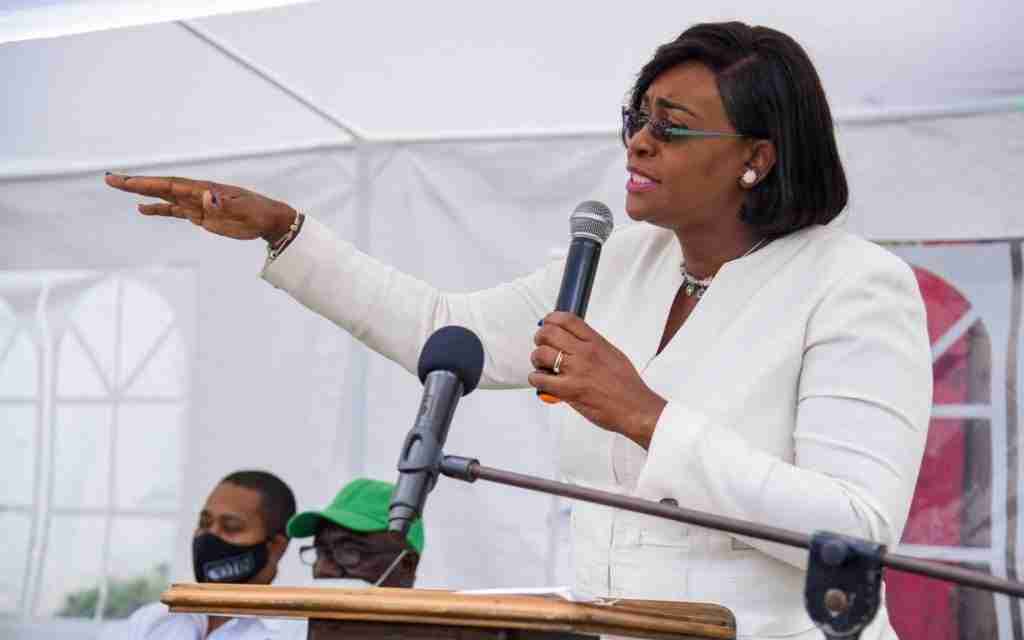 East Rural St. Andrew Member of Parliament, Juliet Holness, maintained her criticism of the Ministry of Health’s management of the Covid-19 vaccination programme on Wednesday.

Mr. Bryan was before the Parliament’s Public Administration and Appropriations Committee, PAAC, to account for what’s seen as a floundering effort to vaccinate Jamaicans.

Mrs. Holness accused the Health Ministry of mixed messaging and failing to promote the vaccine of which over 50,000 doses were dumped.

The Permanent Secretary pushed back today against the charges yesterday of Mrs. Holness. He says his Ministry was given a clear policy directive.

In defending the decision to allow those over the age of 17 to receive the Pfizer vaccine, he made it clear that at no point did that directive make the jab exclusive to children.

However, Mrs. Holness says the perception was created that Pfizer was the preferred vaccine.

The two term MP and wife of Prime Minister Andrew Holness, says she’s not as well equipped as the Ministry of Health to challenge that perception.

But, Mr. Bryan argued that his ministry is not responsible for any such message.

This was immediately shot down by Mrs. Holness.

The East Rural St. Andrew MP was incensed when it was revealed that only 34,000 children have been fully vaccinated and 81,000 in total have been reached from the 208,000 doses of Pfizer stock.

This she says is in a context where the country has been forced to throw away 55,000 AstraZeneca jabs.

And, Mr. Bryan revealed that 890 doses of Pfizer vaccine remain in the hands of the regional health authorities.

However, due to the inability to meet the demand for that specific jab they’ve been given discretion as to how to administer them.

Meanwhile, Director of Family Health Services, Dr. Melody Ennis, says 280,000 doses of the AstraZeneca vaccine are again set to expire by the end of the month.

Another one-hundred and eight thousand are set to expire at the end of November.

This means the country could once again see thousands of doses discarded.

Member of Parliament for South East St. Elizabeth, Franklin Witter, questioned why health officials did not push up dates for persons to take their second dose in order to avoid further wastage.

However, Chief Medical Officer, Dr. Jacqueline Bisasor-McKenzie, says due to guidelines surrounding efficacy of the vaccine a person cannot necessarily be told to take the jab earlier.

She says failing to adhere to the time tables is a recipe for chaos.

But she made it clear that some flexibility already exists on the ground.

To date just over 802,000 doses of Covid-19 vaccine have been administered.

This means roughly 20 per cent of the population has received at least a first dose.