Murders Plummet by 81% in St Catherine During SOE – Police 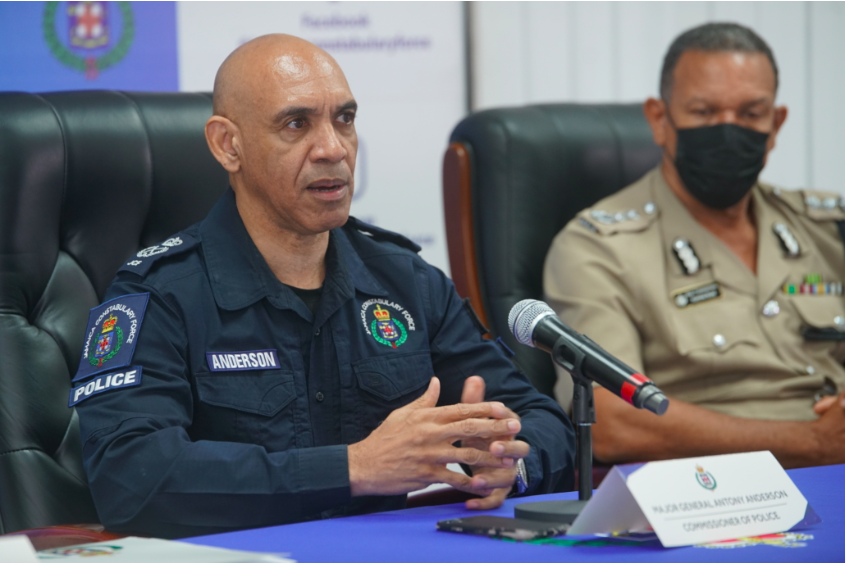 Since the declaration of the State of Public Emergency in St. Catherine on June 17, there has been an 81 per cent reduction in murders.

And shootings are down by 56 per cent in the parish.

That’s according to Commissioner of Police, Major General Antony Anderson.

In the first half of June, gang conflicts accounted for 21 murders and 9 shootings in St. Catherine.

Robian Williams has more in this report .

Seven illegal guns were also seized and a 14 year old girl who was reported missing was identified by an officer at a check-point in the company of an adult male.

The man has since been charged with rape and having sexual intercourse with a person under the age of 16.

Additionally two men who were taken into custody under the security measure have been charged for the double murder of Corporal Delwin Jackson and Kenroy Chandler on August 28, 2021 in Central Village.

Meanwhile there has been a 1 per cent reduction in major crimes since the start of the year, when compared to the similar period in 2021.

Murders are up by almost 2 per cent.

Shootings are down by just under 9 per cent and rape also down by almost 13 per cent.

The police commissioner says a greater decline in murders and shootings were anticipated as the force’s operational and investigative initiatives took effect.

General Anderson, however, says this was impacted by the increased gang conflicts in St. Catherine and the murder of Kemisha Wright and her four children in Clarendon.