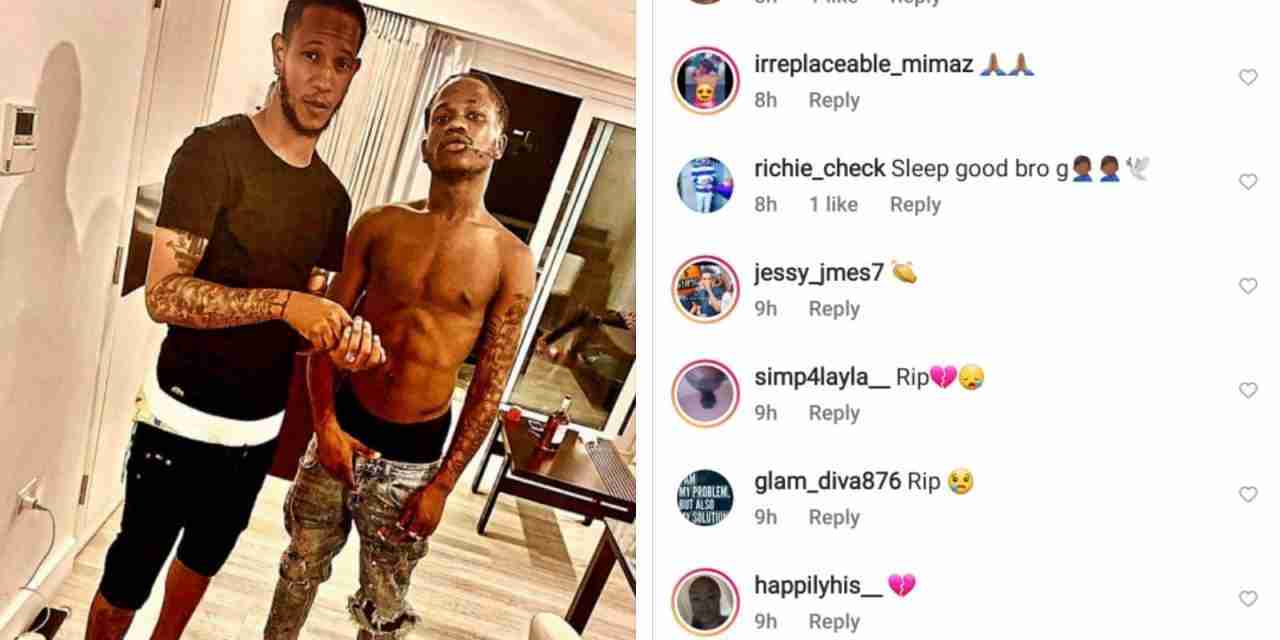 A producer who recently came to attention in the music fraternity for producing a song recorded by controversial dancehall deejay, Jashii, was shot and killed by the police last evening in Grants Pen in St. Andrew.

Police reports are that the 28-year-old producer from Cruiser Gully in Grants Pen was killed during a confrontation.

The police say a .45 semi-automatic pistol along with three .45 rounds were seized following the killing of the producer.

The producer, who’s known as Taddy, Activity Geo and Pod Man, has not yet been formally identified by the police.

The producer recently coordinated the production of one of Jashii’s songs, Cream of The Crop.

The producer is a main player in the Active Music production group.

Following the kiling of the producer, several people flocked to his instragram account to express condolences.

The Independent Commission of Investigations, INDECOM is probing the fatal shooting of the producer.