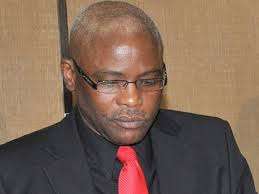 The Office of the Public Defender has summoned the head of the National Environmental and Planning Agency, NEPA, to appear before her chambers.
Nationwide News understands that NEPA head, Peter Knight is to appear before the public defender’s office sometime in April as part of an investigation into the fires at the Riverton City Dump.
Mr. Knight told Nationwide News he received the notice yesterday morning.
Public Defender, Arlene Harrison Henry confirmed to Nationwide News that a summon was sent to the NEPA head.
She said, the summons is part of an ongoing investigation into the spate of fires at the Riverton City Dump.
Mrs. Harrison-Henry said the investigation is to acquire documents owned by NEPA that can  shed light on the almost annual fires at the disposal site.
She added that upon completion of investigation, a report is to be submitted to parliament for further action.