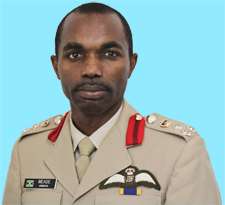 He says he’ll remain open for advice and guidance as he works to contribute to the security of the country.

His swearing-in ceremony was held this afternoon at King’s House.