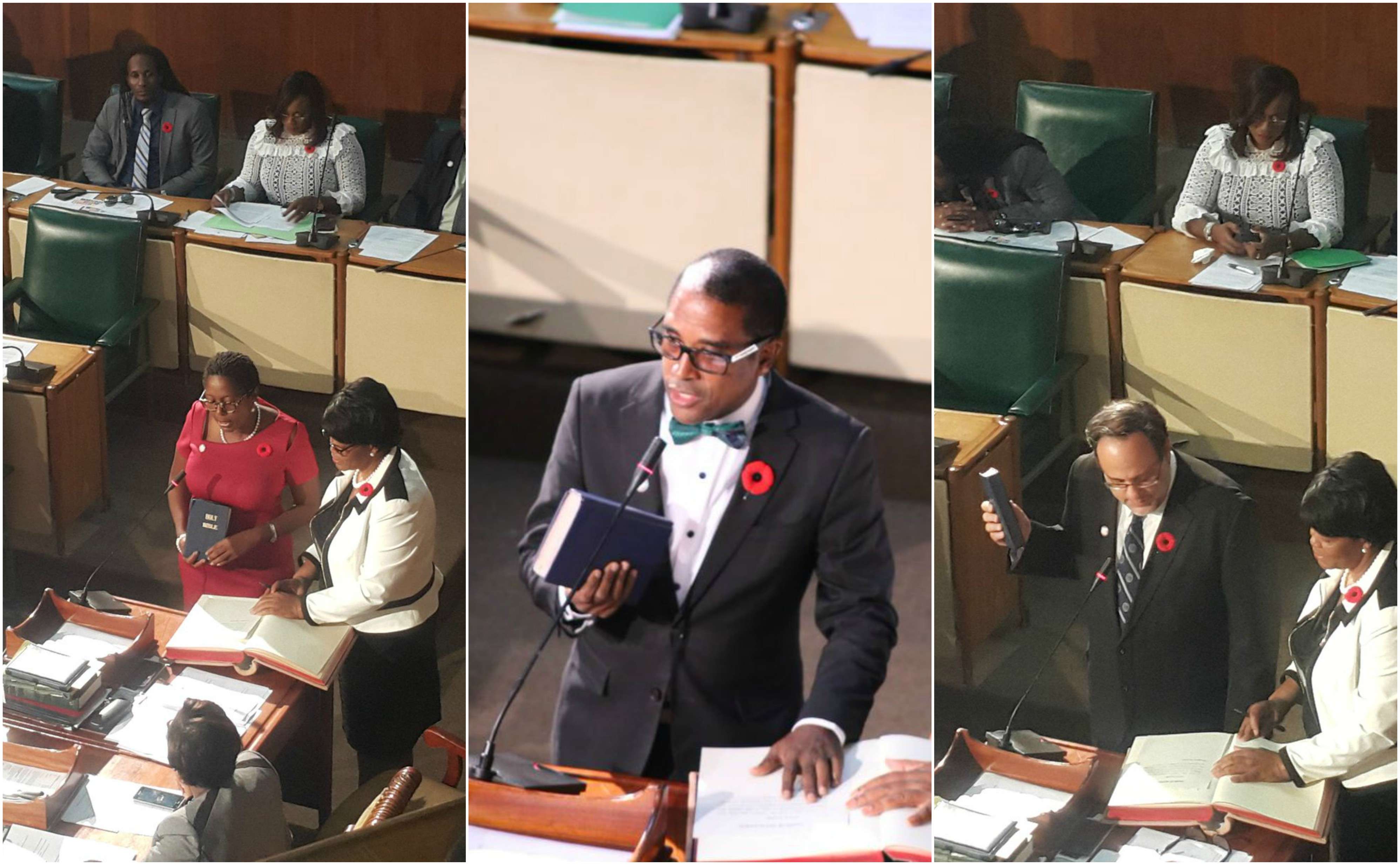 Three new Members of Parliament were sworn-in to the House of Representatives today.

They include the winner of the highly contentious October 30 South East St. Mary by-election, the JLP’s, Dr. Norman Dunn.

Dr. Dunn’s swearing-in today has increased the JLP’s majority in the House to 33 seats compared to the PNP’s 30.