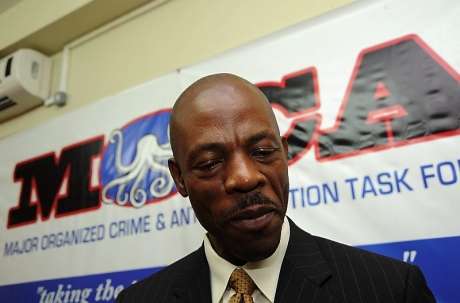 Deputy Commissioner of Police, Carl Williams, will be the country’s next Police Commissioner.

The Ministry of National Security made the announcement this afternoon.

Effective next Monday, September 15, DCP Williams will take over the job of police chief, heading the Jamaica Constabulary Force, the JCF.

His appointment as Police Commissioner was expected by many.

Ever since the announcement of former Commissioner, Owen Ellington, going on early retirement, DCP Williams was seen as the man tipped to replace him.

A statement from the Security Ministry this afternoon says portfolio Minister, Peter Bunting, was this morning formally advised by the Police Service Commission of his selection.

DCP Williams – who headed the JCF’s tough Crime Portfolio like several other commissioners before him, beat out at least five other short-listed police officers for the top job.

The others who were reportedly in the running were Deputy Commissioners Clifford Blake, James Golding, Delworth Heath and Assistant Commissioner, Novelette Grant.

Acting Police Commissioner, Glenmore Hinds, was also said to be among those short-listed.

The National Security Ministry says DCP Williams comes to the post with a track record of innovation and performance in a wide variety of command roles in the JCF.

It says he’s highly qualified academically. He has a Ph.D in Criminal Justice.

It’s describing him as ‘a proven strategic thinker’ and an ‘innovator’.

It says he led Jamaica’s anti-narcotics campaign from 2000 to 2004, with the successful prosecution and/or extradition of a number of major narcotics traffickers.

The Security Ministry says the new Commissioner will be mandated to continue the process of professionalization of the JCF.

This, with special emphasis on respecting the human rights of citizens.

It says given his track record, the JCF is expected to continue making significant progress in the fight against organized crime and corruption under his leadership.

Mr. Williams enlisted in the Force in February, 1984.

The Ministry says he takes office with the government’s full support, as he embarks upon the important national responsibility of leading the JCF.