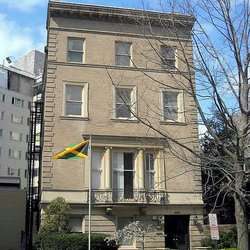 Foreign Affairs Minister, Senator AJ Nicholson says a replacement for Professor Stephen Vasciannie as Jamaica’s Ambassador to the United States, should be named before the end of the year.

Minister Nicholson says diplomats who assisted Professor Vasciannie during his tenure, are filling the breach created by his departure.

The Minister says the smooth operation of the Jamaican Embassy in Washington DC, has not been hampered.

Ambassador Vascianne chose not to renew his contract as Jamaica’s Chief Diplomat in the US, following its expiration on July 17.

He’s expected to return to academia as Professor of International Law at the UWI, Mona.