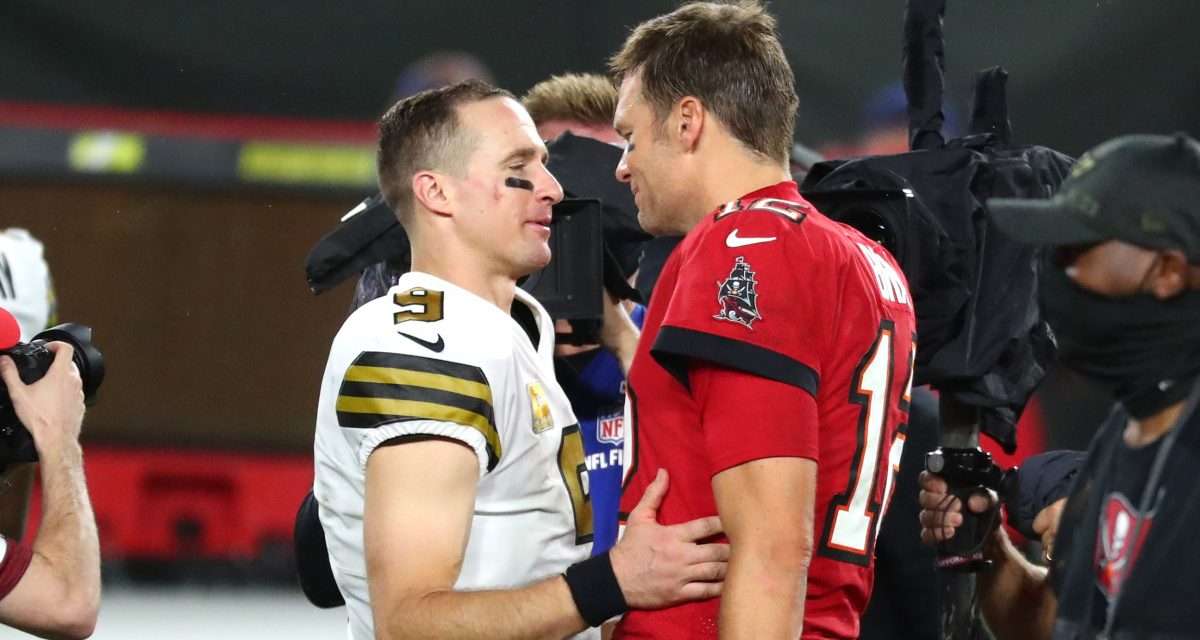 The pair are the NFL’s all-time top two for passing yards and touchdown passes.

Brady’s switch to an NFC Conference team meant he could face Brees in the post-season, and the Saints host the Bucs in the divisional round on Sunday.

Brees had a 3-2 head-to-head record against Brady before the six-time Super Bowl winner left the New England Patriots.

But as Tampa Bay and New Orleans are divisional rivals in the NFC South, they met twice in 2020, with the Saints becoming the only team to beat Brady – twice in the same season.

The Saints finished the regular season with a 12-4 record before beating the Chicago Bears in the super wildcard round last week.

Brady led the Bucs 11-5 into the play-offs for the first time since 2007 and they aim to be the first team to reach a Super Bowl in their own stadium as Tampa hosts Super Bowl 55 on February 7.