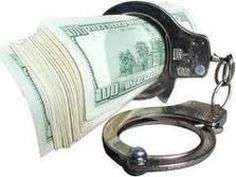 Anti-corruption watchdog National Integrity Action is calling for an increase in the five thousand dollar fine for misleading the Office of the Contractor General, OCG.

The NIA made the call while reacting to the report of the OCG into the government’s controversial de-bushing programme, in a statement to the media this afternoon.

The OCG has found that the process used to select contractors for the programme deviated from government’s guidelines.

The NIA is calling on the Prime Minister to ensure that what it calls a ‘breach’ never recurs.

It says those who make the laws, should live by them.

The OCG report has raised concerns about the level of involvement of some MPs in the selection of contractors for the programme.

The NIA is cautioning MPs and Councillors about getting involved at all in that process.

It says this may give rise to corruption and create violent divisions between potential beneficiaries and the supporters of opposing parties.

The NIA is also calling on the OCG to pursue further investigations to settle questions left unanswered about the programme.

And it says the National Works Agency should strengthen its due diligence and apply sanctions to contractors who act in breach of government guidelines.