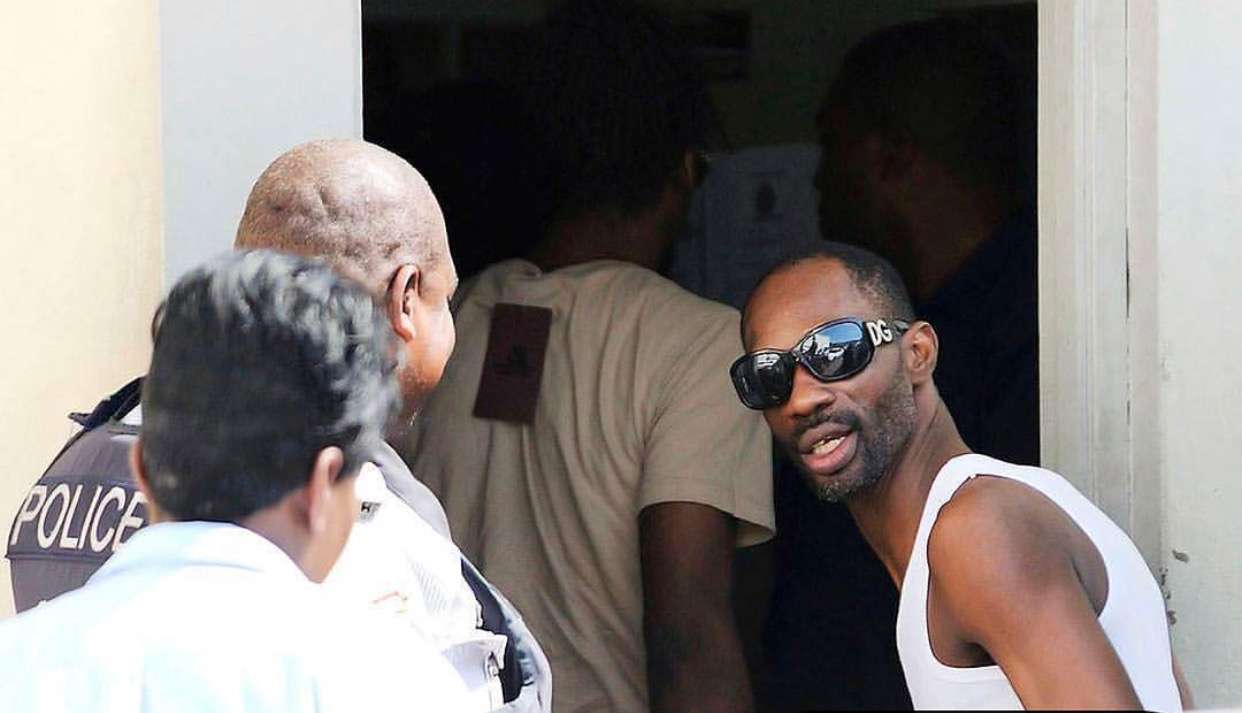 Veteran dancehall deejay, Ninja Man, has been sentenced to life in prison for murder.

The life sentence was handed down at about 1:30 this afternoon in the Supreme Court in Kingston. He’ll have to serve 25-years before becoming eligible for parole.

‘Thumbs up your honour’ were the words Ninja Man uttered from the dock after Justice Martin Gayle, handed him a life sentence.

The 51-year-old sat emotionless through the 3-hour sentencing proceedings.

A number of character witnesses who knew him beyond the ‘bad man deejay’ persona in the dancehall and the media were called upon to testify.

Stacious described Ninja Man as a peacemaker, who was generous and stayed close to God regardless of the persona seen on stage. She begged for mercy and told the court the man she knew was not the person convicted for murder.

The entertainer who says Ninja Man is her best male friend in the music industry says he had so much more to offer. Ms. Smith who says she has known Ninja Man since 1987 says he was working with inner city youths to deter them from going down the path of violence.

The artiste is the founder of the ‘One Umbrella Movement’ which focuses on steering young people, especially boys, away from violence.

Ninja Man was described as a philanthropist who’d even give his lunch money to children on the street.

US journalist and Magazine editor, Constance Han, says his work to help the less fortunate extended from the corporate area to St. Mary.

Justice Gayle says as a public figure persons expected Ninja Man to set an example. Two previous convictions in the 90s were considered today in the sentence handed down. In particular, the fact that Ninja Man was charged with illegal possession of firearm in 1999.

Justice Gayle says he thought the artiste would have learnt that a gun record is very serious. But he says this time Ninja Man is back before the courts with offences having to do with the gun. He noted that unlike the other two co-accused who had no previous convictions, Ninjaman had a criminal record.

The 51-year-old has headlined the popular dancehall stage show, Sting for over 3-decades. He came onto the dancehall scene in the 1980s.

Ninja Man was sentenced for the 2009 murder of a man, Ricardo Johnson, otherwise known as Ricky Trooper, who was shot and killed in Olympic Gardens.

Investigators alleged that on March 16 of that year – the dancehall deejay was travelling in a car in Olympic Gardens when he opened gunfire on a man.

Meanwhile, Ninja Man’s attorney Valerie Neita-Robertson says they’ll be appealing the decision handed down today. She was speaking with the media following the court proceedings.

She says the dancehall artiste has been convicted based on his past.

In the meantime, Ninja Man who has been described as a philanthropist has indicated to his attorney a desire to continue his work of upliftment in prison.