NNN/ Blue Dot Poll: Holness Preferred by over 2-to-1-majority in Match up with Phillips 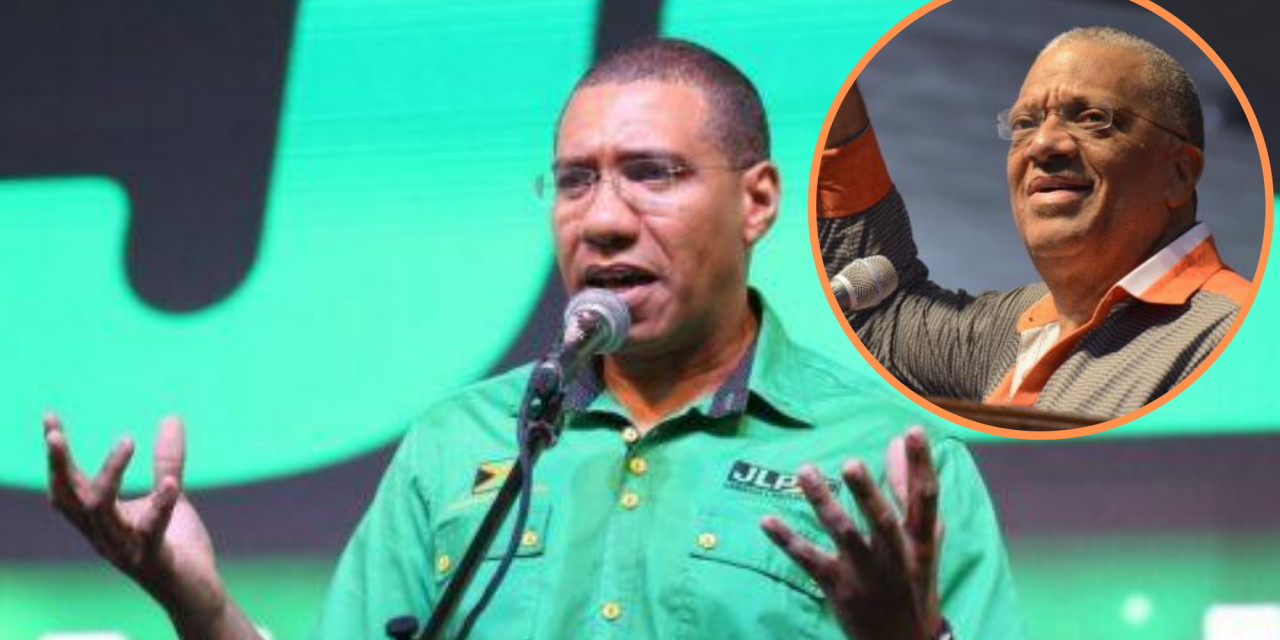 In a head to head match up between Prime Minister Andrew Holness and Opposition Leader, Peter Phillips, the PM is preferred by Jamaicans by a more than 2-to1-majority.

That’s according to the latest Nationwide Bluedot polls.

The Bluedot pollsters asked 12-hundred-Jamaicans across the island – if you could vote directly for Prime Minister, in a race between Peter Phillips and Andrew Holness, only, who would you vote for?

Then, 63-percent chose Holness while 37-percent went for Dr. Phillips.

This means the Opposition Leader has lost 6-percentage points over the last 7 months when compared to the Prime Minister, who has gained the 6-points he slipped by.

The Bluedot pollsters, recognizing that the man Dr. Phillips narrowly defeated to retain his leadership of the PNP last September, Peter Bunting, is an heir apparent, asked Jamaicans to make a choice between Bunting and Holness.

35-percent said they’d vote for Bunting in a race for Prime Minister against Holness.

That’s 4 percentage points more than the 31-percent who opted for Phillips.

Those choosing the Prime Minister declined from 69-percent to 65.

The Nationwide Bluedot polls were conducted across the island between July 20 and August 6.

They interviewed 12-hundred Jamaicans in all 63 constituencies.

The poll has a margin of error of 2-point-7-5-percent.