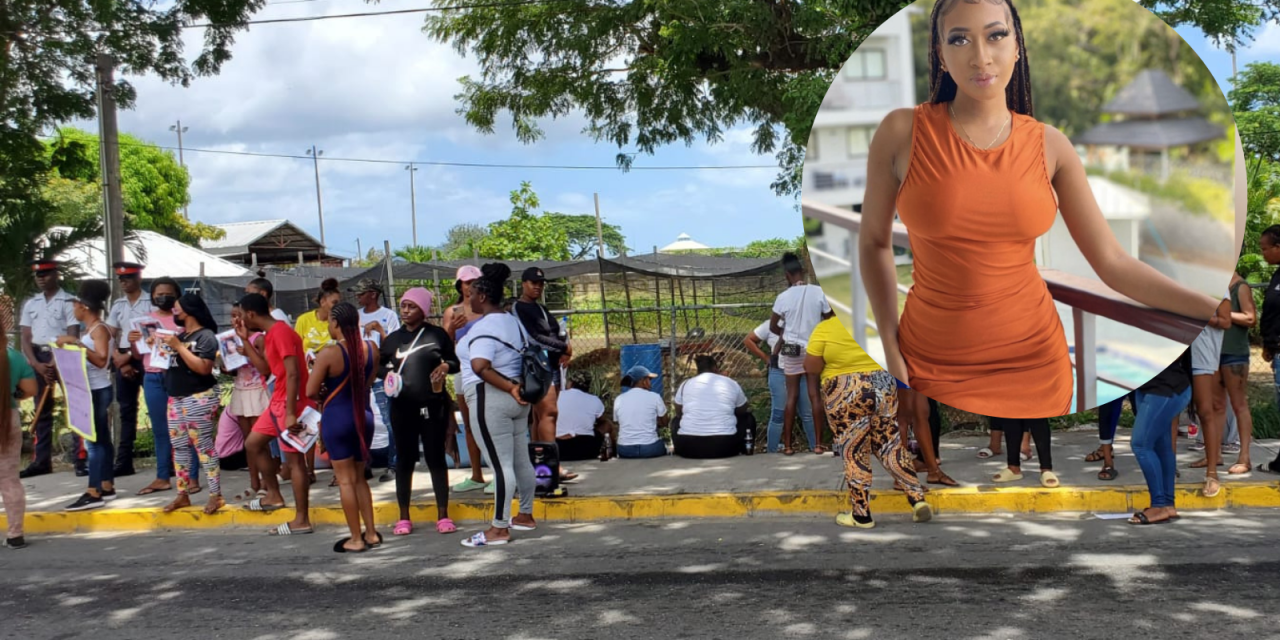 That’s according to family members and friends of social media influencer Donna-lee Donaldson, who converged at the Halfway Tree Police Station today.

They are once again demanding justice with the hope of locating Donna-lee’s body or her remains.

This comes a day after the police disclosed that forensic evidence suggests she was murdered and her body disposed of.

Her boyfriend, Constable Noel Maitland has been charged for her murder.

Our reporter Robian Williams spoke with the family and files this report.

The chants of determined family and friends, who are adamant that justice must prevail.

But Donna-lee’s uncle, Neil Lugg, doesn’t harbour much hope, that the charge of murder against Constable Maitland will amount to justice.

This he says, based on the fact that her body has not been recovered.

He says it’s disturbing that the police cannot seem to get any more information from Constable Maitland as to the whereabouts of her body.

Mr. Lugg is of the view that it is all part of a cover up.

He is questioning the sequence in which Constable Maitland was charged.

Deputy Commissioner at INDECOM, Hamish Campbell, confirmed that Maitland would not be questioned.

The police revealed that evidence suggests Maitland had help to dispose of the body, but didn’t comment further.

Meanwhile Mr. Lugg says his sister, Donna-lee’s mother, has been hospitalised over a week now, with fluctuations of her blood pressure due to stress.

The family has vowed not to give up until her body or her remains are located.