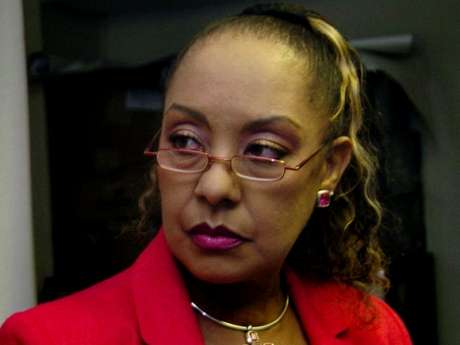 Acting Chief Medical Officer, Dr. Marion Bullock Ducasse, is denying the assertion by an official of the National Security Ministry that there was a ‘breach’ in protocol by authorities in dealing with an American man who recently visited Ebola-stricken Liberia.

Speaking last evening on Nationwide @ 5, Dr. Bullock Ducasse sought to clarify the conflicting positions amid growing concern from the public.

The American man who landed on Wednesday night at Sangster International Airport had reportedly been in Liberia within the last 15 days.

That’s six days within the two to 21 day incubation period in which persons infected with ebola begin to show signs and symptoms of the deadly and highly infectious virus.

According to both the National Security and Health Ministries, the man’s health was fine. He showed no signs or symptoms of Ebola.

He was allowed to leave the airport and went to a hotel.

But, Dr. Bullock Ducasse later denied the assertion that there was a breach.

She was asked about the protocols used to deal with persons who’ve flown in from any of the three West African countries worst-affected by Ebola.

She says it was okay for the man to be allowed to go to the hotel, given he showed no signs of ebola. However, she said there would have been continuous monitoring of him.

She says this was being done up to the point the man left the island yesterday.

Dr. Bullock Ducasse also revealed that the man was not escorted to the hotel from the Sangster International airport.

The government has now placed a travel ban on persons from Liberia, Guinea and Sierra Leone – the three West African countries worst affected by ebola – from entering Jamaica.