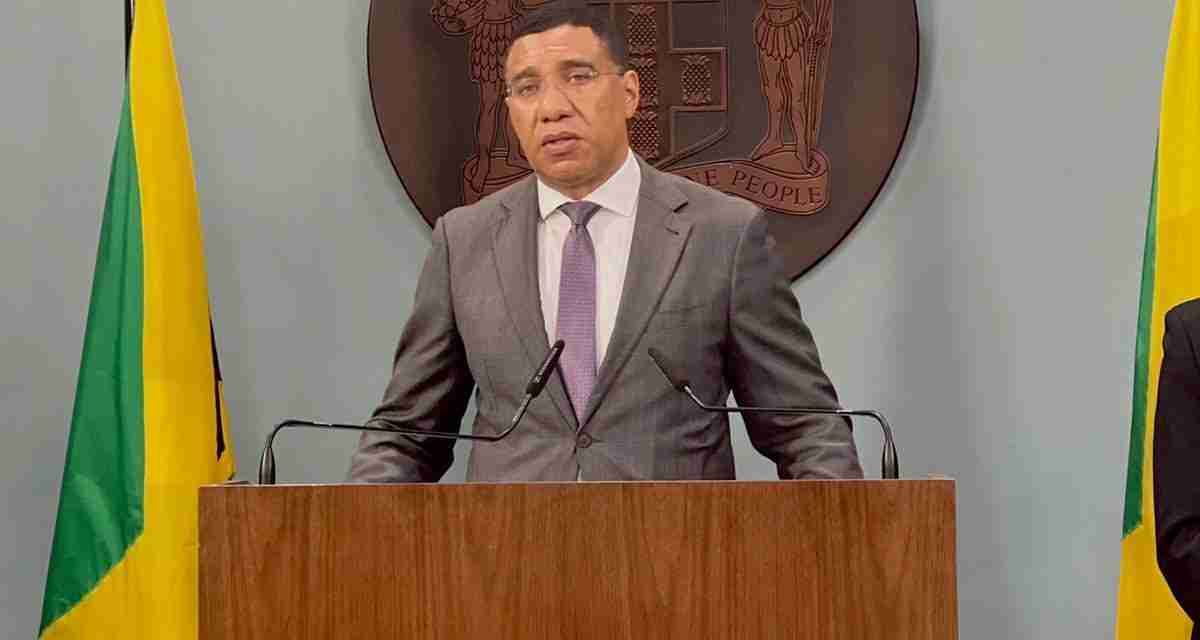 The Norwood community in St. James has been declared a Zone of Special Operation, ZOSO.

Prime Minister Andrew Holness made the declaration during a special media conference at the Office of the Prime Minister on Sunday.

Prime Minister Holness says the ZOSO was declared after deliberate consultation with the security forces.

He says the Norwood community has been characterised by increased gang related violence and other criminal activities.

Prime Minister Holness says an aim of the ZOSO in Norwood is to deliver social intervention which it’s hoped will lead to the improvement of the living conditions and quality of life of the residents of the community.

Commodore Wemyss-Gorman is also urging people to use the tip lines to report gang activities.

He says the gang conflict is prolonged in the Norwood area because the warring factions are well funded and continue to target the family and associates of rival gangs.

Norwood which is about one square kilometre in size is home to about 11,000 residents.

This is the second ZOSO in St. James following the declaration of the enhanced security measure in Mount Salem on September 1, 2017.

Why Not Central Kingston?

Meanwhile, the residents of Central Kingston have been demanding an enhanced security measure.

Prime Minster Andrew says circumstances currently doesn’t allow for the imposition of a State of Emergency.

The Prime Minister says the ZOSO legislation isn’t designed to be a knee-jerk reaction to fight crime, but a long-term social intervention measure.

But he says special attention is being given to communities within Central Kingston.