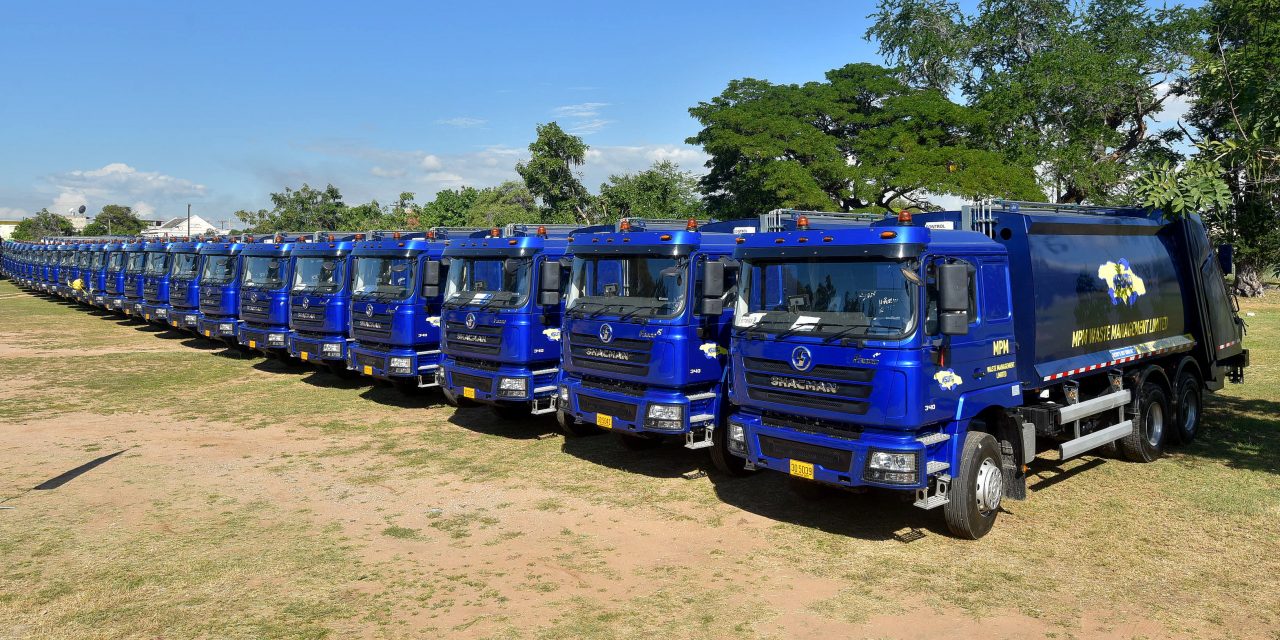 Some of the 50 new garbage trucks that were officially handed over to the National Solid Waste Management Authority (NSWMA) by Prime Minister, Andrew Holness, during a ceremony at National Heroes Park in Kingston, on November 30. (Yhomo Hutchinson/JIS)

Fifty new garbage compactor trucks and 10 motorcycles were handed over to the agency on Wednesday.

Executive Director of the NSWMA, Audley Gordon, says 42 trucks will be delivered to the Authority’s regional offices.

That operation was rolled out early Thursday morning across the island.

Gordon says a 14 to 16 day period has been earmarked to clear the backlog of garbage for the Christmas season.