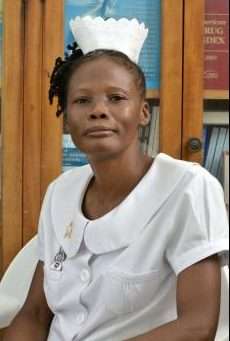 At least one Public Sector Trade Union is expressing disappointment with the result of a meeting with Prime Minister Andrew Holness, this morning.

President of the Nurses’ Association, Carmen Johnson, says the government spoke about the importance of inspiring growth in the economy and how reducing the country’s wage to GDP ratio to nine percent, will positively affect that.

She says a presentation on those matters was made by Deputy Chairman of the Economic Growth Council, EGC, Ambassador Nigel Clarke. But Ms. Johnson says this morning’s discussion hasn’t inspired much hope.

Several of the unions, have called on the Prime Minister to intervene in the wage negotiations.

This after the government has consistently offered the public sector workers a six percent increase over the two year contract period 2017 to 2019.

She says the the Finance Ministry has set a February date for the next meeting with the NAJ. But Ms. Johnson says she’s awaiting the Ministry’s response to her request for an earlier date.

In the meantime, Prime Minister Holness says the Finance Ministry team will move with alacrity in having serious engagements designed to achieve an amicable resolution of the strained wage negotiations.

In a statement to the media this afternoon, Mr. Holness says this morning’s meeting was not meant to replace the formal negotiation process.

He says it was aimed at resetting them on a path where the foundation of respect is established to foster an atmosphere where creative solutions can be brought into the mix.

Prime Minister Holness says he appreciates and acknowledges the sacrifice public sector workers have made. He says he’s asking for consideration and understanding.

Mr Holness also expressed that the government’s purpose is not only to make the national economy grow but to make the personal economy grow. He says he has confidence in the social capital that exists in Jamaica and respects the role unions play in the stability and growth of the country.