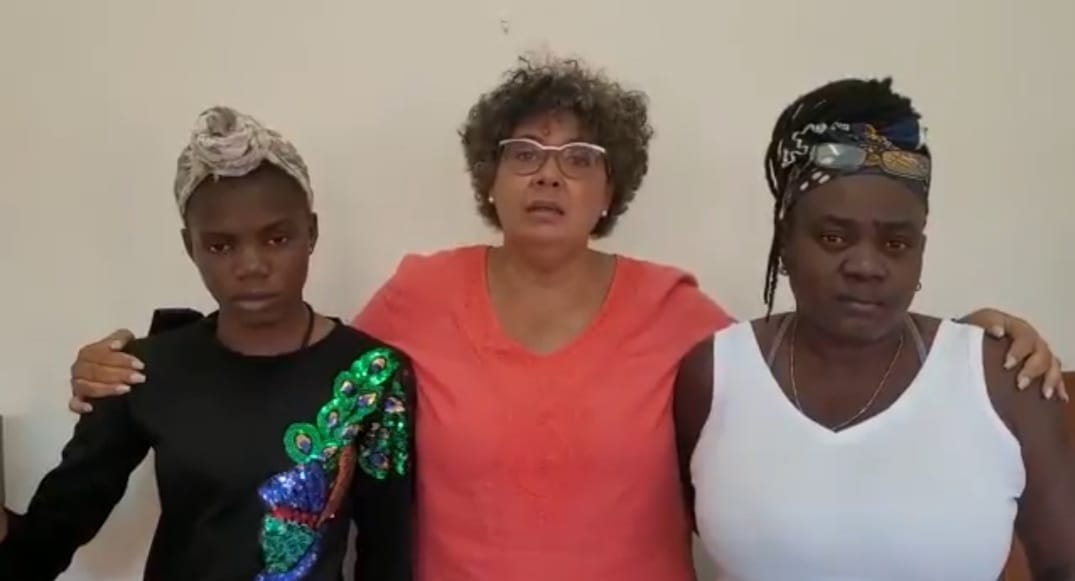 There appears to be a new twist to the Nzinga King/police locks trimming controversy.

A nursing student at the Meadowlands Centre of Excellence in Clarendon says Nzinga King has told members of the school community that she had cut her own locks and regrets doing so.

King has given interviews to the media over the past few days alleging that a policewoman at the Four Paths Station in Clarendon had cut her hair.

Wayne Walker has more in this report.

Nzinga King and her mother were first seen in a video which went viral, explaining that she was trimmed by the Police while being held in a lock up in Clarendon.

The allegation sparked outrage and backlash from several stakeholders, including sections of the legal fraternity, human rights activists, members of the public and the Opposition PNP.

But a nursing student at the Meadowlands Center of Excellence in Clarendon, which King also attends, says King gave a completely different version of events to her friends at the school.

The student says based on Nzinga King’s utterances to her friends she doesn’t believe what Nzinga alleged in the video and in subsequent media interviews that her locks were cut by a policewoman.

The student says Nzinga said several times that she regrets cutting her locks.

The nursing student is appealing to Nzinga to explain why she’s given two different versions of what took place.

The student was speaking on condition of anonymity while noting security fears.

The statements also allege that Nzinga told her friends at Meadowlands Centre of Excellence that she had cut her own locks.

According to the nursing student, she and her colleagues were surprised by word from the Police that Nzinga is 19-years old.

Mr. Buchanan is quoted in sections of the press today as saying that he’s aware that at least one person has questioned the veracity of claims made by his client.

Nzinga’s Attorney is further quoted as saying the only thing he can say is, if the truth was not told by anyone involved in the saga, there are charges called creating public mischief and perverting the course of justice.

Meanwhile, PNP Caretaker for South Eastern Clarendon, Patricia Duncan-Sutherland who had moved to secure legal representation for Nzinga, says the family is standing by its story.

Duncan-Sutherland announced on her Twitter page earlier this week, that she had retained Attorney at Law, Isat Buchanan, to represent the King family.

This was followed by several threads condemning what she calls systematic abuse of power.

In an interview with our news center on Thursday, Mrs. Duncan-Sutherland said the skepticism does not come as surprise.

According to Mrs. Duncan-Sutherland the family say they are telling the truth.

She added that the family is mentally prepared for the backlash.

Meanwhile the South Eastern Clarendon Caretaker noted that although the family feels isolated from the public, they are sticking together.