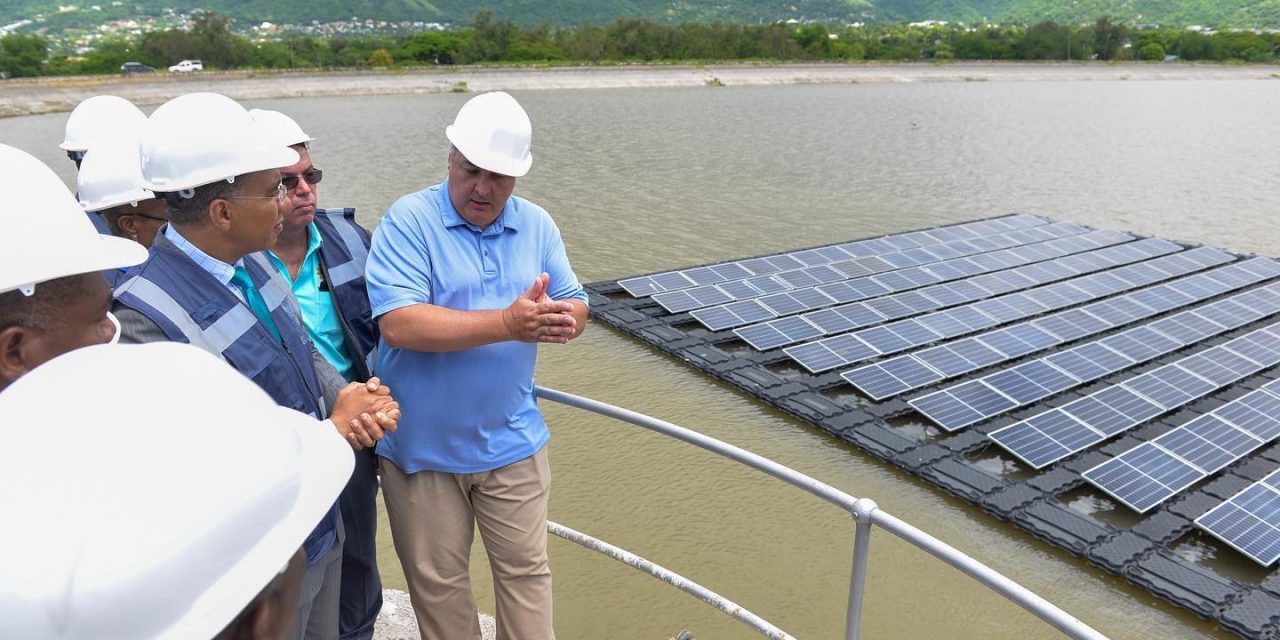 The National Water Commission, NWC, is this morning seeking to clarify what it says is misinformation being circulated in media channels surrounding its recently launched 45-megawatt Mona Reservoir Floating Solar Project.

The NWC says the initial pilot of the project which is a 50-kilowatt system was installed since May of this year and has so far resulted in energy consumption savings of 31% for July when compared with May.

According to the NWC, the floating solar project is expected to fully satisfy the energy needs of the Mona Treatment Plant complex resulting in savings of $35 million dollars annually.

The Commission says it will also receive lease payments for the one hundred acres of the water surface plus four acres of land for the installation of inverters, battery storage and grid stability equipment.

It says it will also see savings of over 311-thousand US dollars caused by reduced evaporation as well as the dredging silt which will increase the reservoirs capacity thus creating revenue of approximately $420,000 US dollars.

The National Water Commission says it also expects to save on energy costs of up to 30% annually.

When the facility was launched by Prime Minister Andrew Holness last week, he said at the time, that energy costs remain one of the largest expenses of the NWC.

The Mona Reservoir Floating Solar Project is expected to be rolled out in phases, before its 2024 completion.

The first phase will be the completion of the NWC’s requirements for 10 megawatts of solar and five-megawatt hours of energy storage by the third quarter of 2023.

The remaining 35 megawatts of solar and 20 megawatt hours of grid storage will immediately follow.

Prime Minister Holness says most of the energy generated from the project, in the first phase, will be used in the treatment and pumping of the water.