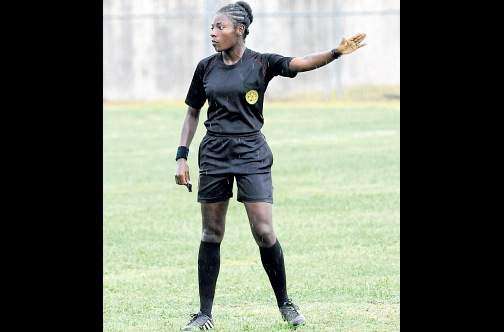 Former local referee of the year Odette Hamilton is among four Jamaican female match officials who’ve been short listed by FIFA for the 2023 Women’s World Cup in Australia and New Zealand.

Hamilton and referee assistants Princess Brown, Stephanie-Dale Yee Sing and Jassett Kerr have been named to the list of officials the world governing body is looking at to officiate at the next world tournament.

If selected, it will be the second time for Brown and Yee Sing, who were both at the last tournament in France in 2019.

If named to the list, Hamilton would become the first local female referee to officiate at a senior global tournament.

Cardella Samuels was a referee at the Under-17 Women’s World Cup tournaments in Azerbaijan in 2012 and in Costa Rica in 2014.