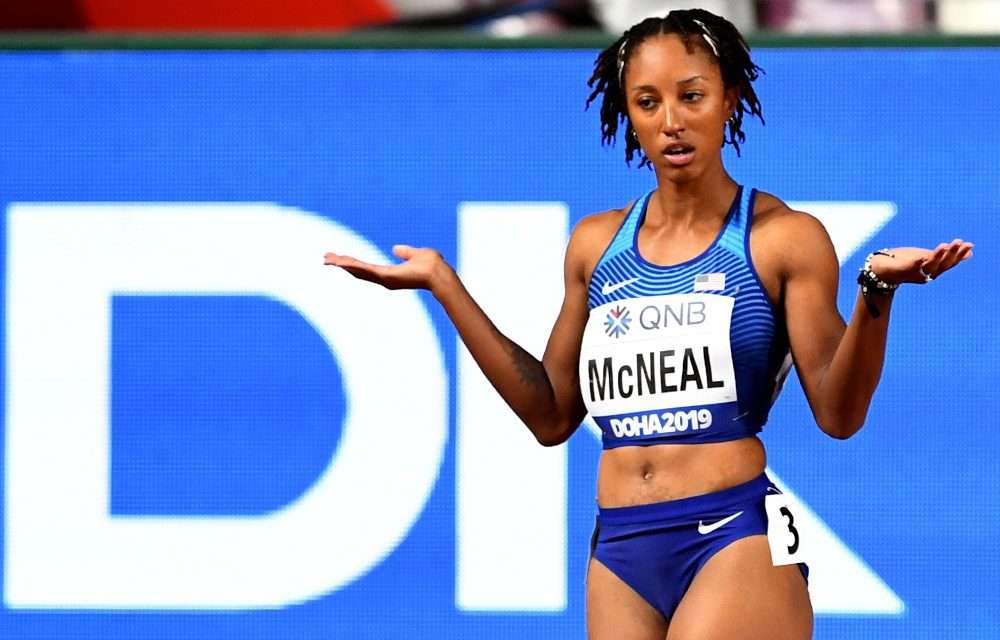 Another top name in World Athletics has been been suspended and could now miss the Tokyo Olympic Games scheduled for this summer.

The Athletics Integrity Unity is reporting that reigning Olympic 100-metres hurdles champion Brianna McNeal has been provisionally suspended for doping .

The 29-year-old American, who claimed Olympic gold in Rio de Janeiro in 2016 and also won world gold in Moscow in 2013, was charged with “tampering” with part of a doping control.

McNeal, who won both global titles while running under her maiden name of Rollins, is the owner of the joint fourth-fastest time in 100-metres hurdles history, having clocked 12. 26 seconds in 2013.

But she now faces the prospect of missing the rescheduled Tokyo Games later this year.

McNeal was previously handed a one-year suspension by the US Anti-Doping Agency, USADA, for failing to properly file whereabouts information for out-of-competition testing three times in 2016.

The date of her third missed whereabouts report was September 27, just five weeks after her success in Rio.

The ban meant McNeal missed the 2017 world championships in London, but it did not affect the gold she won in Brazil.

The hurdler did complete eight out-of-competition tests over the course of 2016 without returning a test result.

The ban is a blow to track and field, which has seen a raft of high-profile athletes pick up suspensions for anti-doping violations.