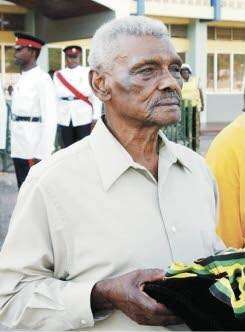 Laing was a member of Jamaica’s gold medal-winning mile relay team at the 1952 Olympics in Helsinki.

Laing ran the 2nd leg on Jamaica’s 4-by- 400-metres relay team, which won the gold with a new world record of 3-minutes-3-point-9-seconds.

He was inducted into the Central American and Caribbean Confederation Hall of Fame in 2005.

George Rhoden is the only surviving member of the team that won gold at the Helsinki Games.

The other two members Arthur Wint and Herb McKenley died in 1992 and 2007, respectively.