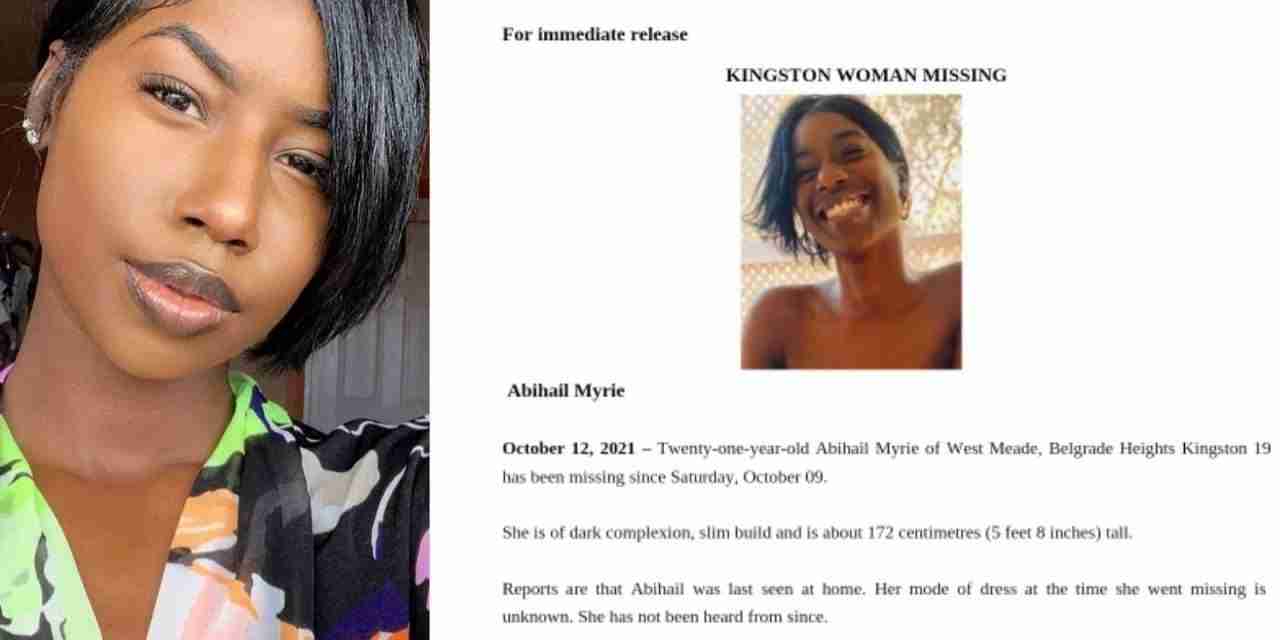 A statement from the JCF’s Corporate Communications Unit, CCU, confirmed that a missing persons report has been filed concerning Abihail Myrie.

The statement from the police said 21-year-old Abihail Myrie of West Meade, Belgrade Heights Kingston 19 has been reporting missing.

The police say Myrie has been missing since Saturday, October 9.

She is of dark complexion, slim build and is about 172 centimetres (5 feet 8 inches) tall.

Reports are that Abihail was last seen at home.

Her mode of dress at the time she went missing is unknown. She has not been heard from since.

The statement from the JCF said anyone knowing the whereabouts of Abihail Myrie is being asked to contact the Constant Spring Police at (876) 924-1421, 119 police emergency number or the nearest police station

Despite her location being unknown to family members and the police, Abihail appeared active on social media today.

A series of photographs were posted to Abihail’s instagram account where she alleged that she was physically assaulted and injured by a family member.