Operation Anthem: Phillips Clarifies Statement About Who Knew of Controversial MOUs he signed with US, UK in 2006 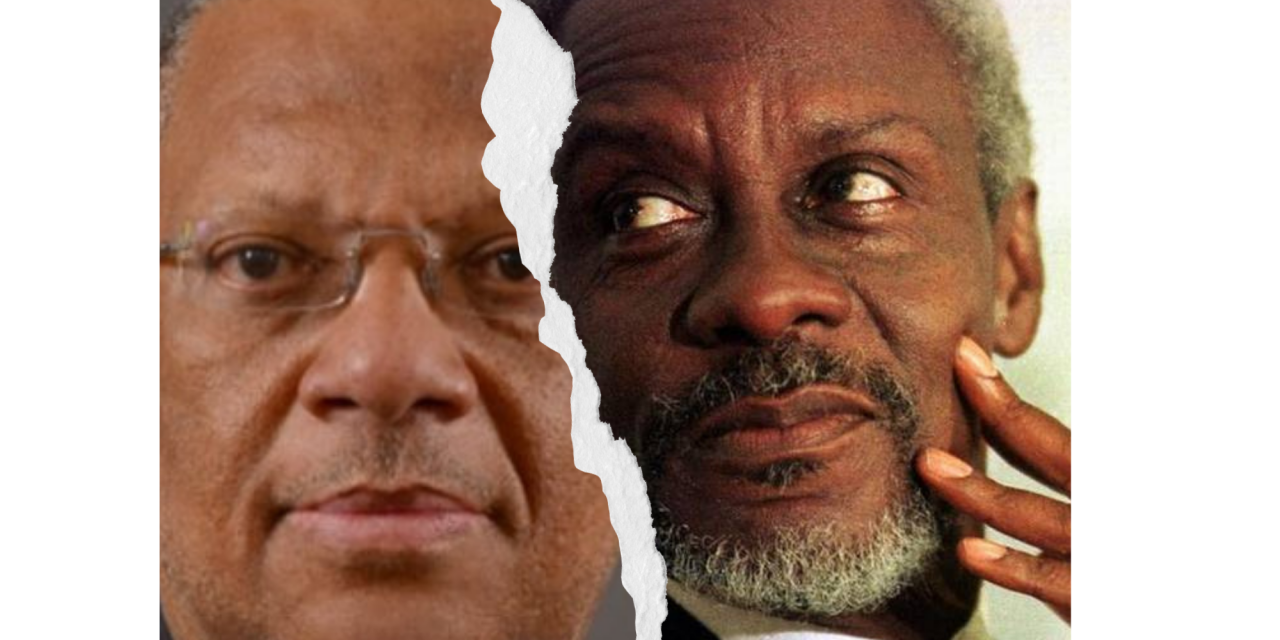 Former Opposition Leader and immediate PNP past president, Dr. Peter Phillips, is seeking to further clarify issues surrounding his recent statements regarding a secret Memoranda of Understanding he signed with the US and Britain in 2006.

Dr. Phillips in a recent interview with Nationwide News said then Prime Minister PJ Patterson knew about the MOUs which facilitated the sharing of wiretap information between Jamaica and the United States and the United Kingdom.

This contradicted statements made by Dr. Phillips previously that the Cabinet and Prime Minister did not know about the MOUs.

However, in a statement this afternoon, Dr. Phillips is seemingly suggesting that the Cabinet and Prime Minister Patterson were not required or referenced in the approval of the Memoranda.

That was Dr. Phillips speaking during the Monday, November 16 edition of Nationwide@5 with Cliff Hughes and Tyrone Reid.

His statement at the time raised eyebrows regarding his testimony at the 2011 Commission of Enquiry into the handling of the extradition request for crime boss, Christopher ‘Dudus’ Coke, and the subsequent engagement of United States law firm, Manatt, Phelps and Phillips.

During that disclosure, according to a Gleaner article published on Februray, 23, 2011, Dr Phillips said he did not inform former “Prime Minister Patterson and his Cabinet colleagues about MOUs he signed”.

But, in a statement this afternoon, Dr. Phillips says he would like to clarify the issue so that there is no misunderstanding, misinterpretation or misrepresentation relating to Operation Anthem and the Memorandum of Understanding with the United States.

He says intercept arrangements date back to the 1950s with telephone companies.

Dr. Phillips says during the1990s, the laws were amended to ensure that the decision of the security forces to intercept any conversation between persons had to be authorized by a judge of the Supreme Court.

He says the programme of international co-operation that was called Operation Anthem started in the 1990s and this was known to the Prime Minister and other members of the Cabinet.

However, Dr. Phillips says subsequent to becoming Minister of National Security in 2001, and under the already existing programme, a Memorandum of Understanding was extended for the sole purpose of formalising the specific administrative and financial responsibilities of the various international partners involved in Operation Anthem which was by then years old.

He says these arrangements and the agreement were approved by the Attorney General’s Chambers and the law officers of the Crown.

Dr. Phillips says this did not require or entail reference to the Prime Minister or the Cabinet.

He says he hopes this brings clarity to the issue.

Efforts to reach Dr Phillips for additional clarification were unsuccessful.