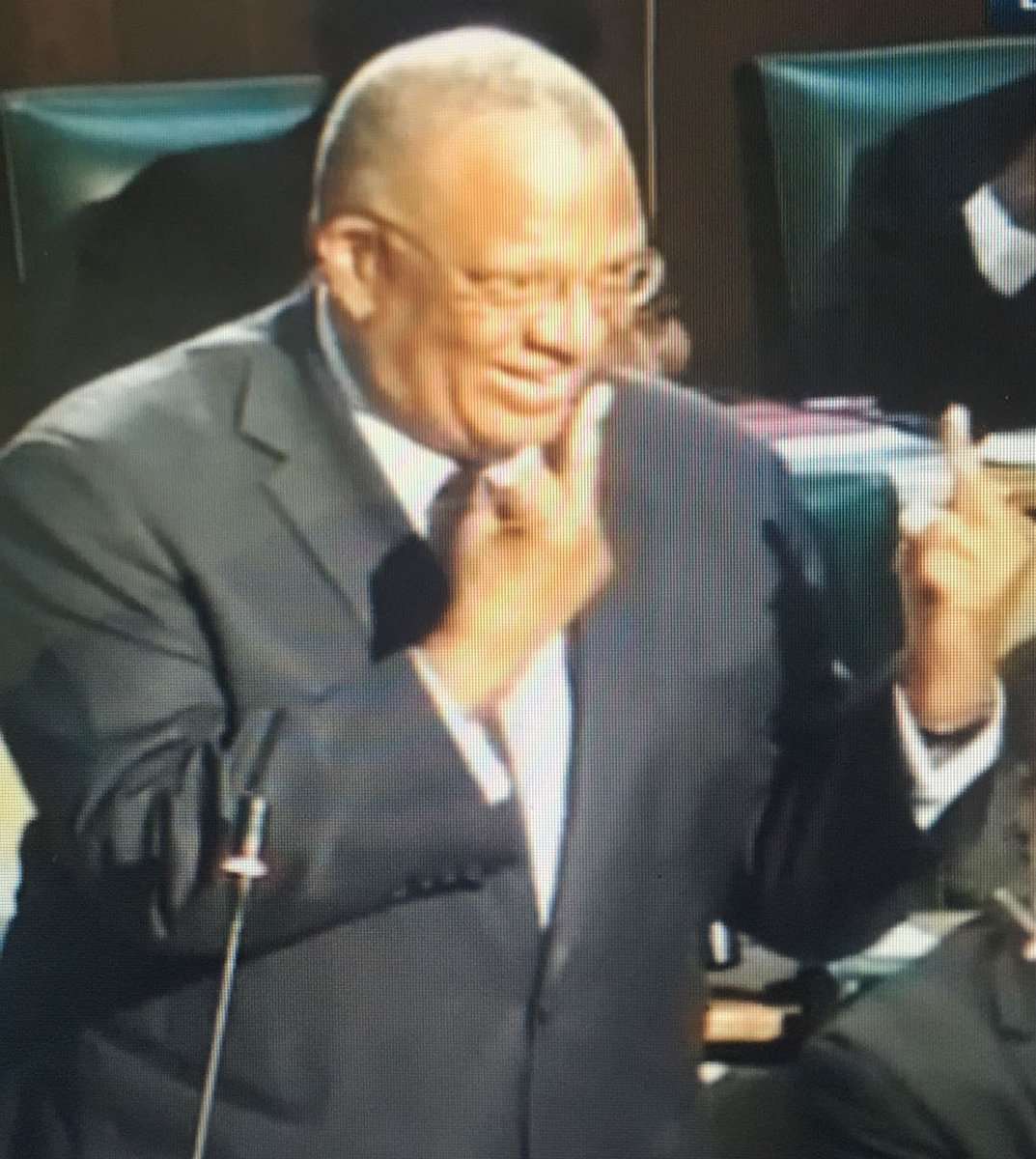 What appears to have been a vulgar gesture by Opposition Leader, Dr. Peter Phillips in the House of Representatives yesterday is sparking heavy criticism and several reactions on social media.

The Opposition Leader yesterday evening showed the government members what appears to be two middle fingers.

Persons have expressed shock at the gesture meanwhile at least one People’s National Party member sought to justify the Opposition Leader’s action.

Dr. Phillips made the gesture during his request for two additional minutes for the Opposition Spokesman on Health, Dr. Dayton Campbell, to ask questions.

Here’s audio of the moment.

A screenshot of the Opposition’s gesture has been circulating on social media.

Jamaica Youth Ambassador, Sujae Boswell on Twitter said “Giving Peter Phillips the benefit of the doubt that the picture in circulation was photoshopped. The Leader of the Opposition would never in my estimation stoop so low, a backbencher maybe but not the leader. Waiting for the truth.”

In another tweet, G2K President Steve Edwards chided Dr. Phillips. He says the Opposition Leader “stooped to a new low when he showed the middle fingers.” Mr. Edwards further stated that students from the Norman Gardens Primary school were visiting at the time the gesture was done.

Others like Tenuke Doyley tweeted that while she found the gesture ’embarrassing’ she was not surprised. She says she ‘doesn’t expect much better from any of them.’

Meanwhile, Councillor for the Papine Division Venesha Phillips has defended and sought to justify the actions of the PNP President.

Ms. Phillips yesterday was responding to the G2K President’s tweet which stated Dr. Phillips had stooped to a new low. She said “But they told him to raise two fingers and he did right ?? be careful what you ask for, you might get it #fingerpolitics’

She continued ‘someone heckled—raise two fingers, he raised the middle fingers jokingly but we know what it symbolizes on the street so it is wrong.’

However, she says ‘the conduct of both JLP/PNP while in parliament and outside can be unacceptable and should be addressed.’