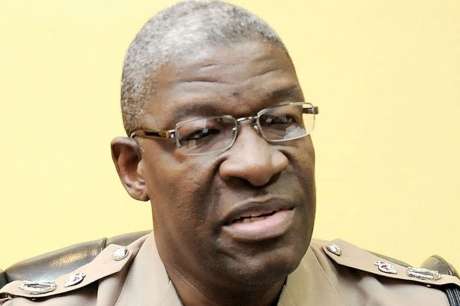 Police Commissioner, Owen Ellington, is quitting the job as Head of the country’s police force.

National Security Minister, Peter Bunting says he has been advised of the request by Commissioner Ellington to retire from his post.

A statement  from Minister Bunting’s office says Commissioner Ellington will retire, following the completion of vacation leave due to him.

The National Security Ministry says Commissioner Ellington has indicated that his decision to retire is based on the need to separate himself from the leadership and management of the Force.

This, prior to the start of the upcoming Commission of Enquiry into the conduct of the operations of the Security Forces in Western Kingston and other areas during the limited State of Emergency in 2010.

The Security Ministry says in addition, Commissioner Ellington believes this will allow the Independent Commission of Investigations, INDECOM, to conduct its investigation into allegations of police-involved killings in the Clarendon Division without any perception of influence or interference on his part.

Some of those alleged extrajudicial killings occurred during his tenure. he was appointed Police Commissioner in April 2010. Commissioner Ellington is only 51 years old.

His retirement will come as a surprise to many because he’d been presiding over a decline in major crimes.

Minister Bunting has expressed appreciation for the 34 years of service Ellington has given to the Jamaica Constabulary Force and the people of Jamaica.

And, establishing strategies that have led to a significant reduction in crime and improvement in public security during his tenure as Commissioner.

This, while the Police Service Commission begins the process of appointing a new Commissioner of Police.