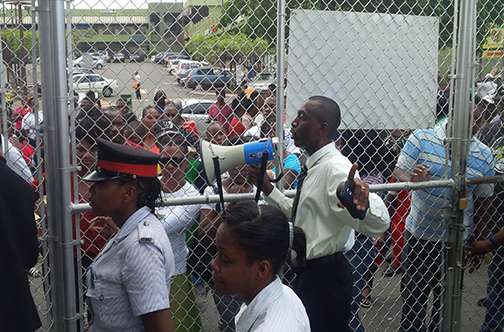 The Passport Immigration and Citizenship Agency, PICA, has pushed back the date when new passport processing fees will take effect, following days of chaotic scenes at its headquarters in St Andrew and howls of protests.

The new date is Monday, the first of June.

Fees were due to be increased next Tuesday, May 26.

The Chief Executive Officer of PICA, Jennifer McDonald, says the decision to delay the implementation of the increased fees — by four working days — was due to the overwhelming turnout of people applying for passports before the higher fees take effect.

In a statement released by the National Security Ministry today, Ms. McDonald says PICA offices will continue to process applications, adding that every attempt will be made to process customers at its headquarters on Constant Spring Road in St. Andrew.

In the meantime, PICA says effective next Tuesday, through to Friday May 29, it will accept and process passport applications at the National Indoor Sports Centre starting at 6 am daily.

PICA has also apologized to the public for the inconvenienced caused.