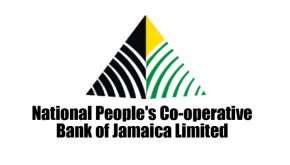 The Agricultural Credit Board, ACB, has suspended two of the Directors of the National People’s Cooperative Bank, who benefited from millions of dollars in loans.

Those loans have fallen into arrears.

In response to the findings of a special audit into the operations of the 107 year old entity, the management of the PC bank has upheld the suspensions.

The Directors in question received loans totaling $210-million from the PC Bank.

The loans were fraught with several irregularities.

One Director received a $30-million loan without having to provide proof of income.

That Director served as Chairman of the loans committee up to April this year, and was also a member of the Audit Committee.

That Director rescheduled the loan without paying any of the interest due and to date has only made a single payment after three years.

The other Director received three loans amounting to nearly $180-million to build 24 townhouses, of which only 12 were actually built.

That person then sold two of the units for $12.5 million dollars each.

According to the audit, the value of the remaining 10 units is not even enough to cover the cost of the loan.

As of May this year, that loan is $70-million in arrears.

Member of Parliament’s Public Administrations and Appropriations Committee, Audley Shaw, has questioned whether townhouses are even within the remit of the PC Bank, which was established to finance agricultural projects.

In the management’s response to the audit, the Board says it has upheld the decision of the PC Bank to suspend the two Directors.

They’ve also taken steps to realize the security and recover the amounts owed, in accordance with the recommendation of the auditors.

In addition, the management is taking other steps to safeguard depositors’ money.

They’ve crafted a Corporate Governance Plan, which they say will be implemented as soon as the industry regulators respond to the draft submitted.

They’ve decided that the Agricultural Credit Board must approve all requests for the rescheduling of loans.

The audit had found that directors and committee members had been constantly rescheduling loans just before they reached the 180 day limit for arrears.

Under the new measures, no more than two reschedulings will be allowed.

The Board says they will also investigate the $665-million of members savings that are unaccounted for.

That investigation was to be complete within three months.