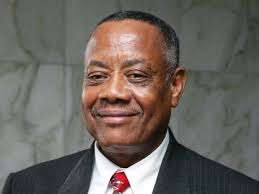 The Agricultural Credit Board, ACB, has suspended all loans to directors of the National People’s Cooperative Bank.

That’s according to Agriculture Minister Derrick Kellier, who discussed a recent damning audit of the bank, at a press conference this morning.

Minister Kellier says steps were already being taken to address deficiencies at the Bank, even before the audit became public.

These include an immediate suspension of the board, and taking over the bank’s operations.

Minister Kellier says all loans to directors have also been suspended.

He says that he finds the actions of those parading the audit as a new discovery, as disingenuous and unethical.

The Agriculture Minister says it was wholly inappropriate to discuss the audit in a committee of parliament while the Minister was still being briefed.