Pinnock Goes On Leave Amid Deepening Corruption Probe At CMU 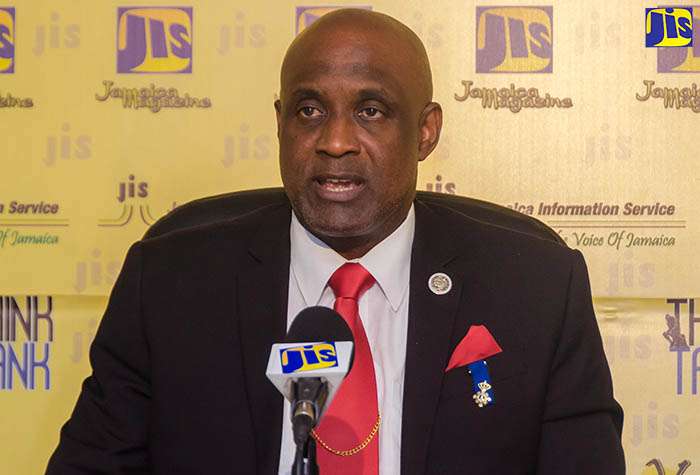 President of the Caribbean Maritime University, CMU, Professor Fritz Pinnock, has taken a voluntary leave of absence from his position.

The CMU says the leave comes amid ongoing investigations into former Education Minister Ruel Reid, the Ministry of Education and the University.

Professor Pinnock’s decision was revealed in a statement issued by the CMU this afternoon.

According to the CMU, in a letter to the University Council Chairman, Professor Pinnock says that in the interest of all, he has elected to go on six weeks voluntary leave effective today.

He says this will allow the various investigations in progress to conclude their findings and recommendations.

Professor Pinnock in his letter says he believes that while the investigations are important, the related issues should not overshadow the integrity of the CMU.

He says this is the right thing to do at this time in the interest of transparency and the reputation of the University and its vision.

According to the CMU, Professor Pinnock said it would be selfish of him to continue allowing folks to destroy what so many have worked to build.

The CMU President has come under fire for his management of the University recently.

It has been revealed at Parliament’s Public Administration and Appropriations Committee, PAAC, that a helper of the now disgraced former Education Minister, Ruel Reid, was employed as a caterer to the University.

The parliamentary committee has also heard that the CMU made third party payments to another alleged helper of the former Minister through a Diaspora consultant.

Another revelation shows that in 2018, the CMU employed then JLP caretaker for North West St. Ann, Othneil Lawrence.

The PAAC heard that Mr Lawrence was engaged shortly before the former Education Minister announced his intention to be the JLP’s representative in the North West St. Ann constituency.

Professor Pinnock has denied any wrongdoing at the PAAC in relation to these matter.

Meanwhile, a member of Parliament’s Public Administration and Appropriations Committee, PAAC, Mikael Phillips, says the treasurer and Council chairman of the CMU, Hyacinth Bennett, should follow Professor Pinnock’s lead and also a take leave of absence.

Mr. Phillips yesterday called on Professor Pinnock and the treasurer to resign.

He says he stands by his call in light of the leave of absence.

Alicia Williams contributed to this story