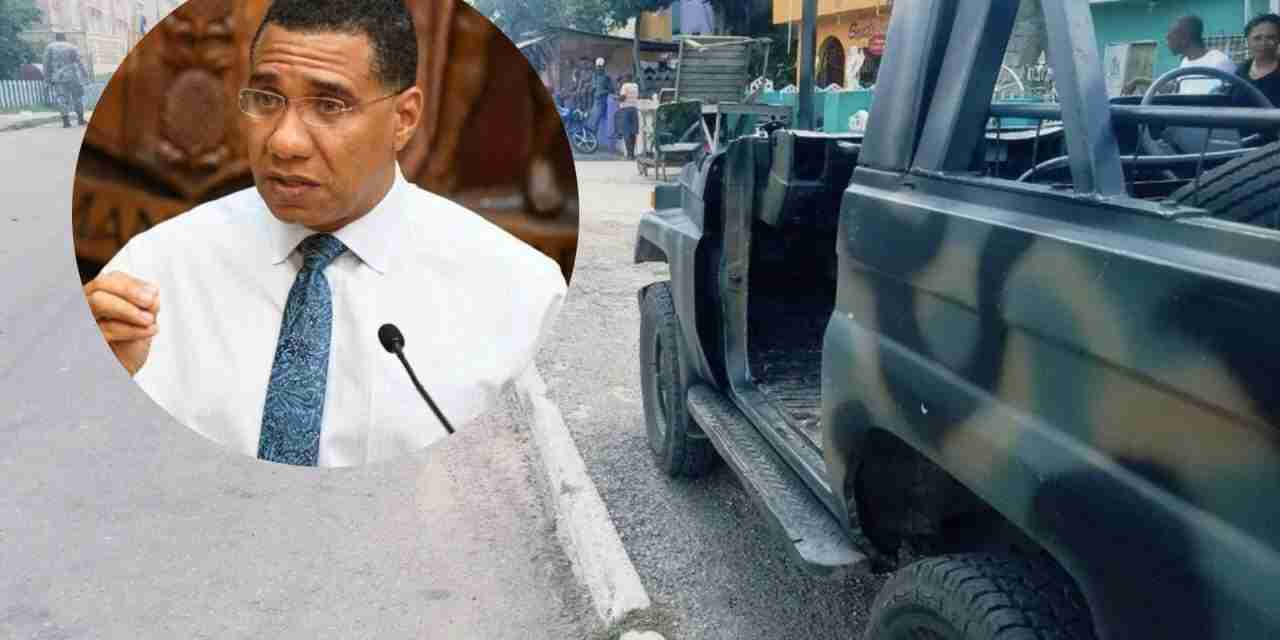 We will not withdraw the soldiers from the Zone of Special Operations, ZOSO in Denham Town.

That’s the warning from Prime Minister Andrew Holness to those he says may be orchestrating the violent confrontations between members of the security forces and residents of the community.

The prime minister was reacting to a series of videos where members of the community including a pregnant woman, were appearing to violently confront members of the Jamaica Defence Force, JDF.

In one of the videos, one of the soldiers appears to kick a pregnant woman during a tussle.

The prime minister says at times members of the security forces are faced with violent citizens and at times they fail to de-escalate the situation.

But he says they have improved significantly in adhering to human rights best practices for which they are trained.

The prime minister is reminding residents they too must be held to account for their conduct.

In the meantime, Prime Minister Holness says he’s given instructions about the conduct of the security forces in the communities where there are Zones of Special Operations, ZOSOs.

Prime Minister Andrew Holness. He was speaking at the handing over of a social housing unit in August Town.

Meanwhile, the Independent Commission of Investigations, INDECOM, is probing a pair of videos depicting civilians being assaulted by members of the Jamaica Defence Force.

This was confirmed by INDECOM Commissioner, Hugh Faulkner.

One of the video’s which has since gone viral on social media, a JDF member seems to beat a woman and a man with a rifle.  At least one member of the army was seen appearing to kick a pregnant woman. Commissioner Faulkner also says second video is also being probed.

Hugh Faulkner, Commissioner for the Independent Commission of Investigations.