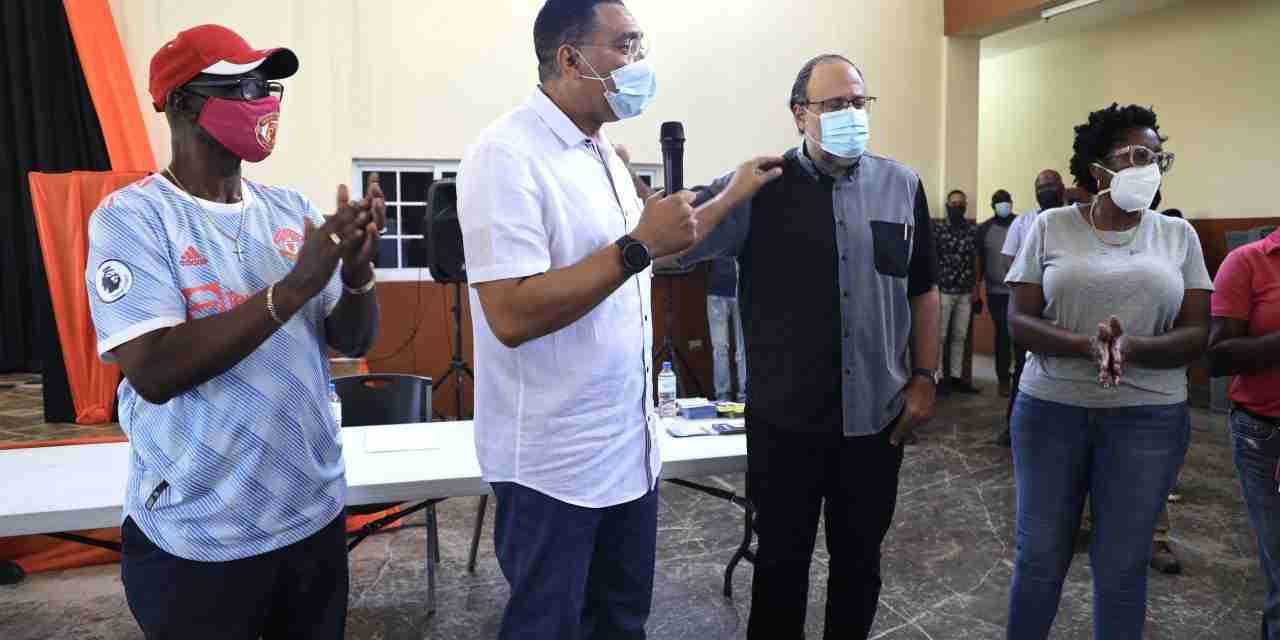 Prime Minister Andrew Holness made it clear the government has no intention of calling an election at this time.

Speaking during his tour of St. Mary, the prime minister also slammed the Opposition for what he’s describing as its blatant politicking during a sensitive time.

Tauna Thomas has that story.

It’s the furthest thing from our minds.

That’s the word from Prime Minister Andrew Holness regarding the holding of local government elections.

He’s responding to criticisms from PNP General Secretary Dr. Dayton Campbell who argued that the Prime Minister is using his island wide vaccination tour as a cover-up to campaign for local government elections.

The elections by virtue of already being pushed back are now constitutionally due by February of next year.

Mr. Holness says the PNP is showing a disappointing lack of interest in the well being of the people of Jamaica.

Prime Minister Andrew Holness also slammed the Opposition for politicizing his vaccine tour across the country.

The prime minister says the PNP seems to be now retreating in terms of supporting the drive to get the country inoculated against Covid-19.

Mr. Holness says as Prime Minister his duty is to keep the country together during a difficult time.