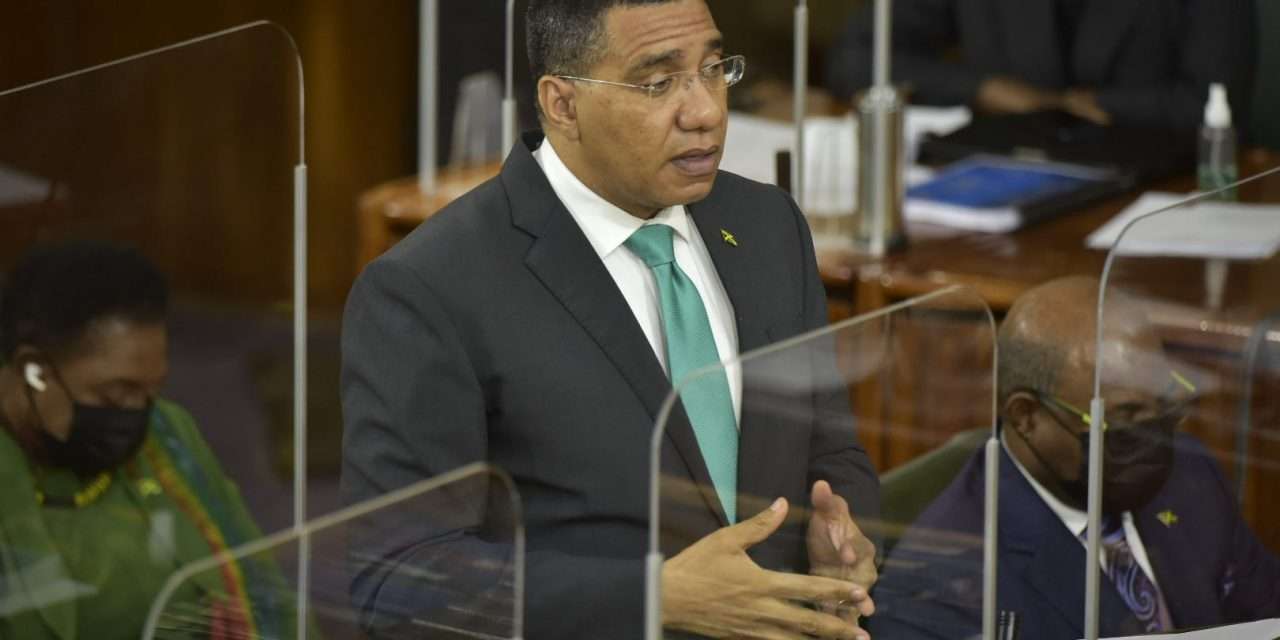 Prime Minister Andrew Holness has signaled that it’s time for the country to move towards a gradual resumption of full economic activity.

Speaking in the House of Representatives last evening, the prime minister says it’s time for Jamaicans to take ultimate responsibility for their own lives as Covid-19 becomes endemic.

He gave the stern warning as he outlined slightly relaxed measures ahead of the Christmas period.

Prime Minister Holness is not expecting a happy new year.

Addressing the House of Representatives yesterday, he says the government is bracing for a fourth wave of Covid-19 infections as the country exits the festive season in January.

The prime minister noted that the country currently is seeing a decline in cases and has announced a relaxation of the Curfew times by an additional hour.

This means Jamaicans will now be required to be home by 9:00 pm and can return to normal activities at 5:00 am.

The new measures will run until December 10.

Mr. Holness told the Parliament that this signals a gradual return to full economic activity for the nation.

The prime minister made it clear that those still refusing to be vaccinated can no longer be allowed to hold the remainder of the population at ransom.

Directly addressing the health system, he made it clear this means resources for Covid-19 treatment will eventually be capped.

Mr. Holness says it’s time for the country to move on to address other major issues in the country chief among them crime.

He says the fate of each Jamaican is now in their own hands.

Meanwhile, Opposition MP, Julian Robinson says he has no issues with the new measures.

He says the adjustment of the curfew times makes practical sense.