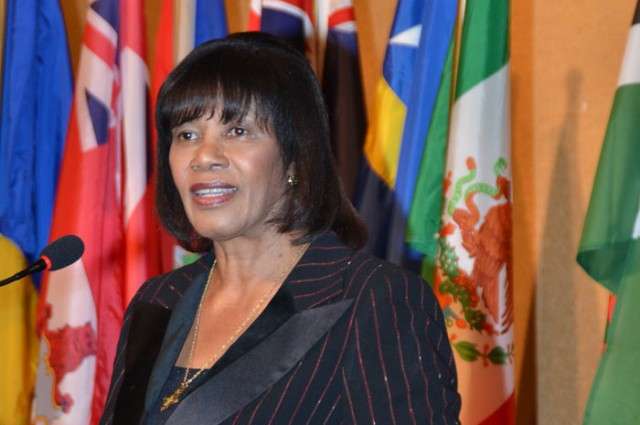 Prime Minister Portia Simpson Miller is leading Jamaica’s delegation to the 35th Regular Meeting of the Conference of Heads of Government of the Caribbean Community, CARICOM.

The meeting is being held in St. John’s, Antigua from July 1-to-4. The Jamaican delegation is traveling to Antigua today.

That country’s Prime Minister, the recently sworn-in Gaston Browne, will chair the meeting which will consider a range of issues including a report of the CARICOM Commission on the Economy, and the status of negotiations for a CARICOM-Canada Trade and Development Agreement.

According to a Jamaica House statement, several business leaders from, and operating in, CARICOM member countries will discuss with the Heads of Government economic priorities for the region.

Discussions will also be held with the Prime Minister of Spain, Mariano Rajoy Brey, on issues including advancing technical cooperation with the CARICOM region.

Heads of Government will also hold talks with the Minister of Foreign Affairs of Cuba, Rodrigues Parilla on CARICOM-Cuba relations and preparations for the Fifth CARICOM-Cuba Summit to be held in Havana, Cuba on December 8.

Commission on Marijuana and a report from the Pan Caribbean Partnership Against HIV/AIDS, PANCAP, on actions to address and control HIV/AIDS in the region.

Following the meeting in Antigua and Barbuda Prime Minister Simpson Miller will return to Jamaica on Saturday, July 5.

During her absence, the Water and Environment Minister, Robert Pickersgill, will be in charge of the government.