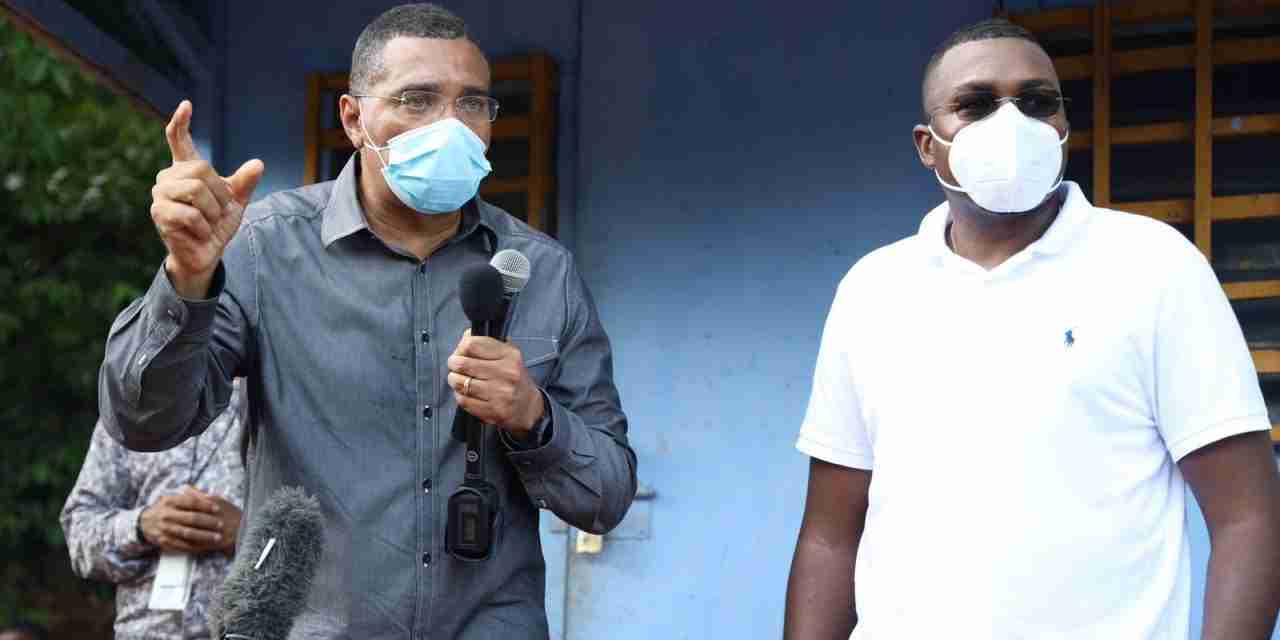 Prime Minister Andrew Holness has for the first time set a threshold for when the government will begin to implement what he’s calling a vaccine option in the country.

The Prime Minister says once fifty percent of the population has received a vaccine, the society will have to look at the options available for returning vaccinated Jamaicans to some sense of normalcy.

The threshold comes as calls grow louder for the government to implement a vaccine mandate to boost the slowing vaccination rate.

The Prime Minister says he’s deliberately avoiding the use of the word “mandate” as the government inches closer to announcing a new vaccination policy.

Fifty percent, that’s the magic number for when Andrew Holness will signal a new policy on vaccination in the country.

After weeks of inching closer and closer to a policy, today the Prime Minister laid down the marker.

Yesterday Director of the Pan American Health Organization, PAHO, Dr. Carissa Etienne, flagged Jamaica as one of only 6 countries in the Caribbean and Latin America yet to fully vaccinate 20-percent of their population.

The Prime Minister says vaccinated Jamaicans should no longer have to bear the burden of the restrictions on economic and social activities as a result of the choices of the unvaccinated.

Mr. Holness says the debate on returning the country to normal accepts that citizens who are vaccinated are increasingly questioning why they should remain under restrictions.

Mr. Holness says those questions are reasonable and deserve an answer.

But the Prime Minister says he has deliberately resisted calls for a similar mandate from the government.

He explains his reluctance to use the term mandate during the ongoing public debate.

Countries such as Barbados and Trinidad have announced the creation of safe zones for vaccinated citizens, which will see them having special access to bars, restaurants and gyms once they present their vaccination cards.

Its not immediately clear what vaccine options the Holness administration may be considering.

The race is now on to that magical number 50-percent.