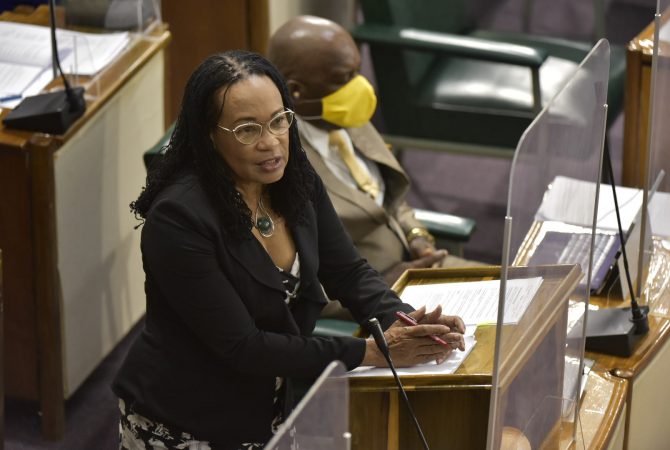 The Opposition Peoples’ National Party is accusing Information Minister, Robert Morgan, of misleading the Jamaican people, regarding the contractual arrangements between a Foreign Public Relations Firm and the Jamaican Government in support of the Commonwealth Secretary General Campaign.

In a statement yesterday, Opposition Spokesman on Information, Senator Donna Scott Motley, says Minister Morgan’s actions exposed the country to direct conflict with the US authorities.

According to Senator Scott Motley, Minister Morgan, misled the Jamaican people when he described the Finn Partners PR contract for the Commonwealth Secretary General Campaign as a private transaction between Jamaican companies and a US company.

She says the eleven-page US FARA filing done by Finn Partners lists Senator Johnson Smith as the Foreign Principal with her address listed as 2 Port Royal Street, Kingston, Jamaica.

That is the same address as Jamaica’s Ministry of Foreign Affairs and Foreign Trade.

Scott Motley says nowhere in the filing does it mention any Jamaican private sector company as claimed by Minister Morgan.

The Opposition Spokesperson said Minister Morgan’s public statement exposes Jamaica to direct conflict with the United States foreign agent registration system, as it is now clear the contract is not between private parties but the Minister of Foreign Affairs and Foreign Trade of Jamaica.

She notes that the filing also states that the business of the foreign principal is Foreign Affairs and Foreign Trade of Jamaica.

Senator Scott Motley noted that in the filing, there are a number of references to the Ministry of Foreign Affairs and Foreign Trade of Jamaica, and she’s questioning why was it necessary to refer to the Ministry if the contract was between private parties.

The Opposition Spokesperson said the Government should come clean with full disclosure of who paid for the contract for or on behalf of the Minister of Foreign Affairs, the payment dates and the purpose for which the payments were made.

She said only this will satisfy the question of transparency.

Minister Morgan, says this is another attempt to attack the reputation of Minister Johnson Smith.

He says at no point did the government contract FINN nor did it pay the PR Firm’s 99 thousand US dollar fee.

Under FARA, a foreign principal is defined as not only a foreign government, but also a foreign political party, person, or organization outside of the United States, and any entity organized under the laws of a foreign country or with its primary place of business in a foreign country.

The Information Minister says Minister Johnson Smith did not engage the firm and only acknowledge receipt of its assistance and had no other input.