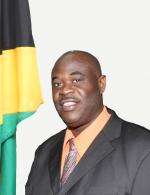 The Councillor for the Greater Portmore North Division, the PNP’s Michael Edwards has died.

General Secretary of the PNP, Julian Robinson says the death of Councillor Edwards has shocked the party.

He’s describing Edwards as a strong performer in his Division.

He secured the division for the party in the November 28 Local Government elections by defeating the JLP’s Ann Lewis.