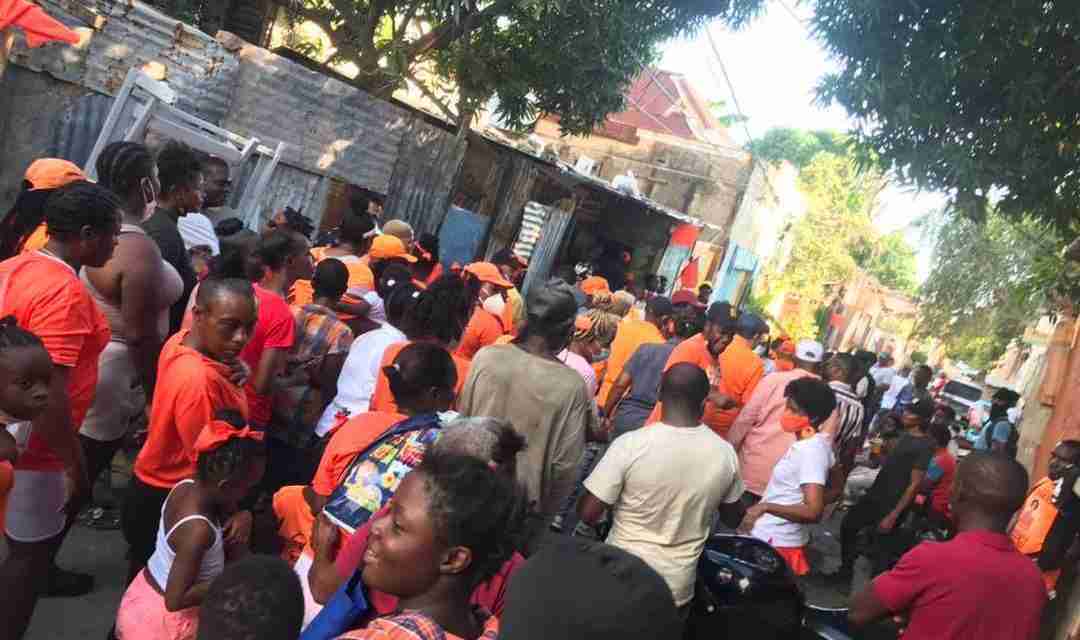 The Oppositon PNP and its General Secretary Dr. Dayton Campbell have come under fire on social media after Campbell posted an image with a crowd of comrades on the streets in breach of Covid-19 protocols.

Most of those gathered were not wearing masks.

The PNP general secretary used his twitter account to attach the words ‘mobilizing the base’ as a caption to the image.

The photograph was reportedly taken during road tour activities in Central Kingston.

The activities are being carried out across the island by PNP President Mark Golding in the lead up to Local Government Elections which are due by February next year.

Similar criticisms have been made over the past few days when the PNP general secretary posted on social media videos and photographs of Golding followed by a gathering of people at various locations across Jamaica.

The PNP president could be seen hugging and greeting some of his followers.

Some social media users blasted Campbell, who’s a medical doctor, for being “shameless” in posting the images which showed comrades in breach of social distancing guidelines and not wearing masks.

Questions were also raised about potential breaches of the gathering limit.

One social media user commented – “look at the small children who are unvaccinated. There is ONE mask in this photo.”

One twitter user also accused Dr. Campbell and the PNP of not expending effort similar to that which is being used up during its current election campaign, to get more Jamaicans vaccinated and protected against Covid-19.

The twitter user remarked – “so why didn’t you all do this and get the people them vaccinated? Even now….why not get a @themohwgovjm vaccine bus to go with y’all and encourage vaccination? Y’all really care about the people that’s what you would do instead of seeking votes only.”

Another social media user challenged Dr. Campbell and asked – “Are you a real doctor? Aren’t you concerned about the spread of covid? I guess, “Anything that will lead us or cause us to be in govt…”

Some social media users also chided sections of civil society for what they described as turning a blind eye to clear breaches of the Covid protocols during the PNP President’s road tour.

The PNP general secretary moved to play down the criticism when contacted by our news centre.

Dr. Campbell says the PNP did not mobilise the people but the gathering took place because the PNP President was walking in the area.

Dr. Campbell says the PNP did not pay people to gather.