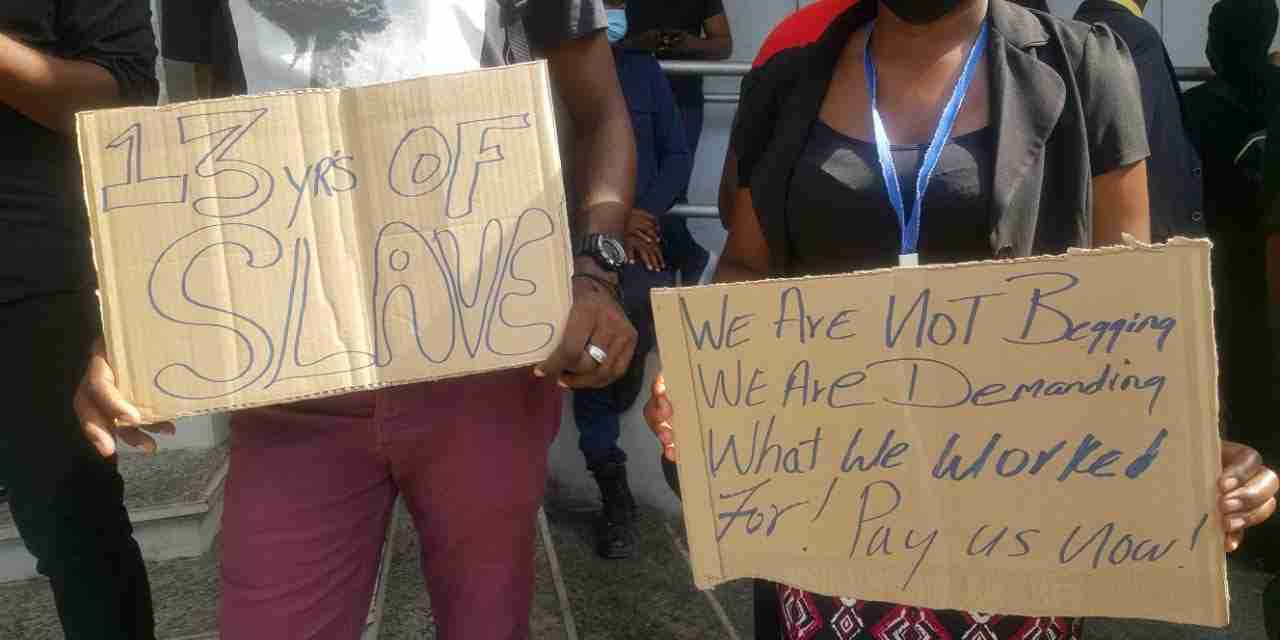 The Police Federation and representatives of the government failed to reach a settlement today regarding unpaid overtime wages reportedly owed to rank and file members from 2008.

Rank and file members of the Jamaica Constabulary Force turned up at the Supreme Court in Downtown, this morning chanting and singing as their case got underway.

The rank and file members are lobbying for a settlement of outstanding wages from 2015.

The members, attired in black and red with red ribbons, gathered outside the Court in a show of solidarity.

Constable Jerome Martin told our News Team that members have been grossly underpaid since 2008.

Another irate Detective Constable asserted that the Government needs to be more attentive to those protecting the country.

Among those present at the Court are immediate past Chairman of the Federation, Arlene McBean and its current Chairman, Corporal Rohan James.

And, General Secretary of the Federation, Detective Constable Tameka Thomas, asserted that the Federation will continue until justice is served.