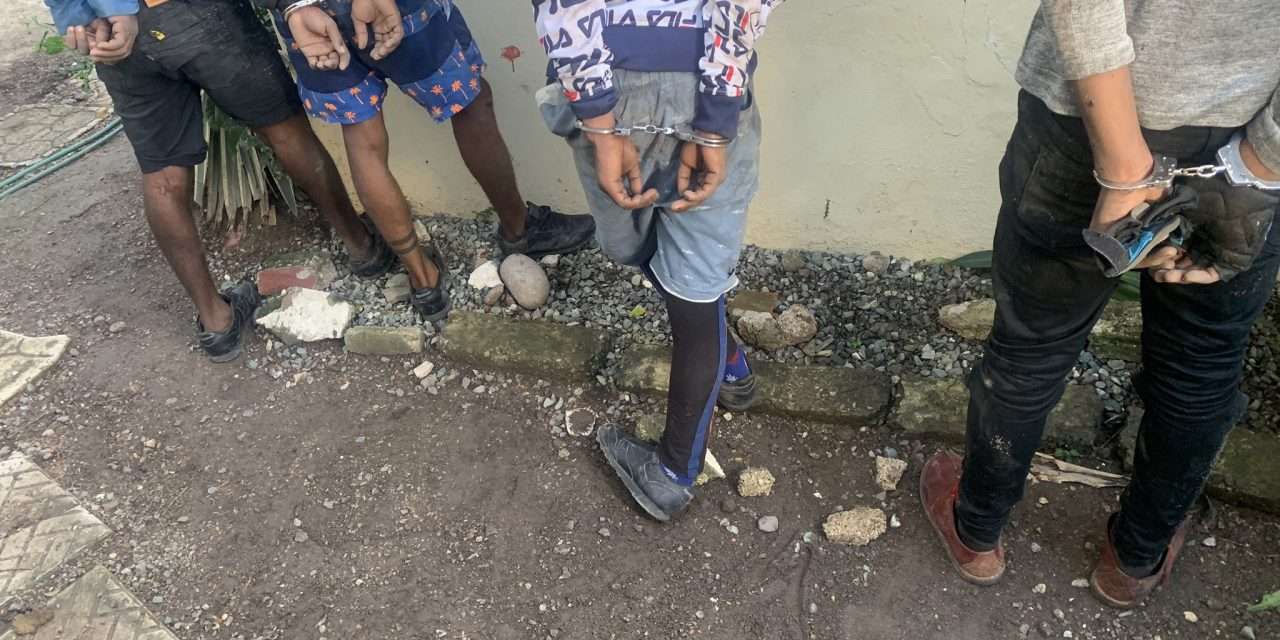 The Police are making efforts to locate all those involved in a suspected robbery spree, spanning St Catherine and the Corporate Area.

This after four alleged robbers were arrested by the police yesterday.

The four men were using a black Toyota Isis with a red public passenger vehicle licence plate, which was yesterday intercepted by the police.

The Police intercepted the vehicle in the vicinity of Constant Spring Road, after the occupants reportedly carried out a daring robbery and later fired shots at the police.

She says the Police seized several stolen items from the men including cellphones and other electronic devices as well as a number of purses.