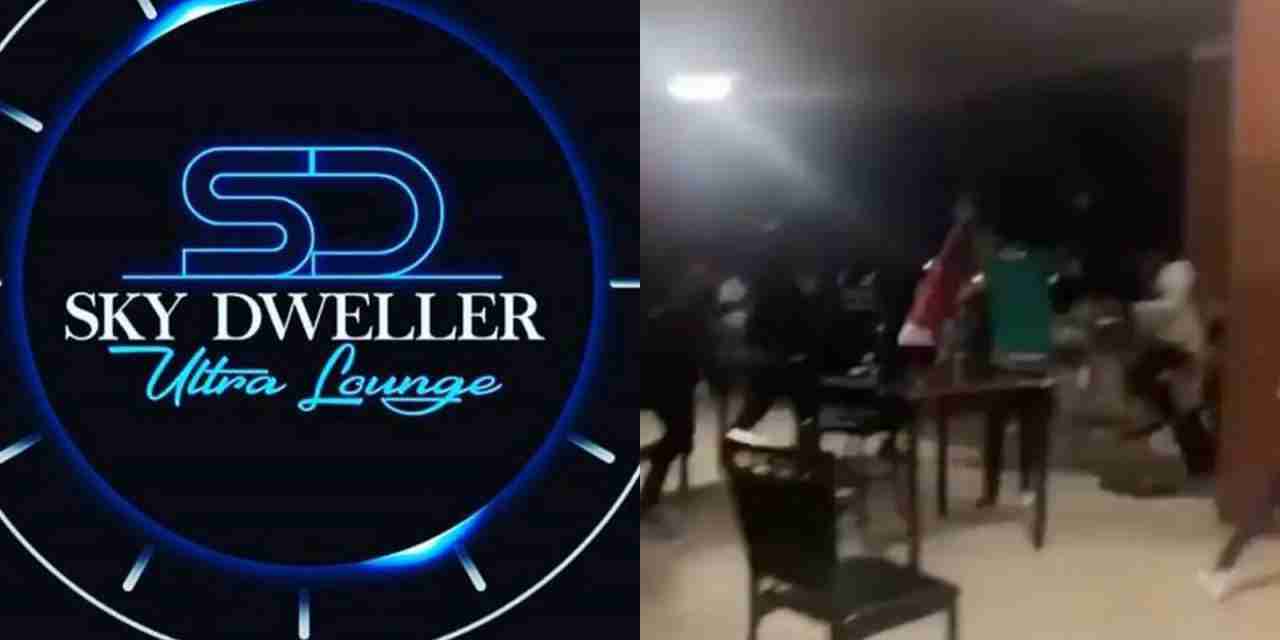 The police say investigations are underway into a brawl at Skydweller Ultra Lounge on Ardenne Road in St. Andrew which saw chairs and tables being tossed at each other by some patrons involved in the vicious fracas.

The incident reportedly occured just after 11:00 on Friday night and resulted in an end to the night’s entertainment events at the popular night spot.

Several people were reportedly injured during the brawl. A series of videos of the fracas have gone viral on social media.

In one of the videos a man was seen on the floor appearing badly hurt. His current condition is not immediately clear.

Confirmed details about what led to the brawl have not yet emerged.

The police say though no formal complaint has been made by anyone involved in the fight which sent other patrons for cover, a formal investigation has commenced and senior sleuths have been assigned.