The St. Elizabeth Police say they’re making progress in their investigation of the killing of former Hampton and Munro College teacher, Haile Clacken.

Mr. Clacken was shot dead in Cheapside, St.Elizabeth on Friday after he reportedly hopped onto a Guardsman truck.

Head of the St. Elizabeth Police, Deputy Superintendent Nadine Grant-Brown, says at least seven people, who say they’re eyewitnesses, have given statements to the police.

DSP Grant-Brown is appealing for residents to tell the police what they saw and heard.

In the meantime, the Guardsman Group says the security officer involved in the incident has been removed from frontline duty, pending the conclusion of the investigation.

In a statement to the media yesterday, the Guardsman Group says it deeply regrets what it describes as the unfortunate incident.

It says it’s cooperating with the police as they carry out their investigation.

In the meantime, the widow of the former teacher, Nickeshia Clacken, is also appealing to those who witnessed the incident to provide the information to the police.

Residents staged a protest in response to Mr. Clacken’s killing on Friday. But Mrs. Clacken says what she wants is for persons to tell the police what they know and revolutionize the justice system.

She says one person, who said he was an eyewitness, said Mr. Clacken was begging for his life before he was shot dead.

But she says that alleged ‘eyewitness’ is refusing to go to the police out of fear.

Mrs. Clacken says her husband was not violent. She says he would regularly take the medication for his bipolar disorder.

Two Pistols Seized in Separate Incidents in Westmoreland and Trelawny 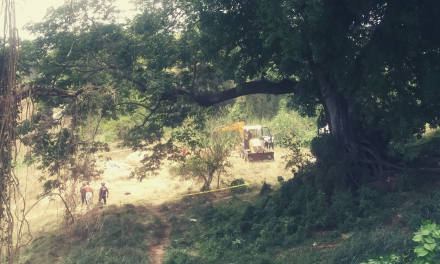