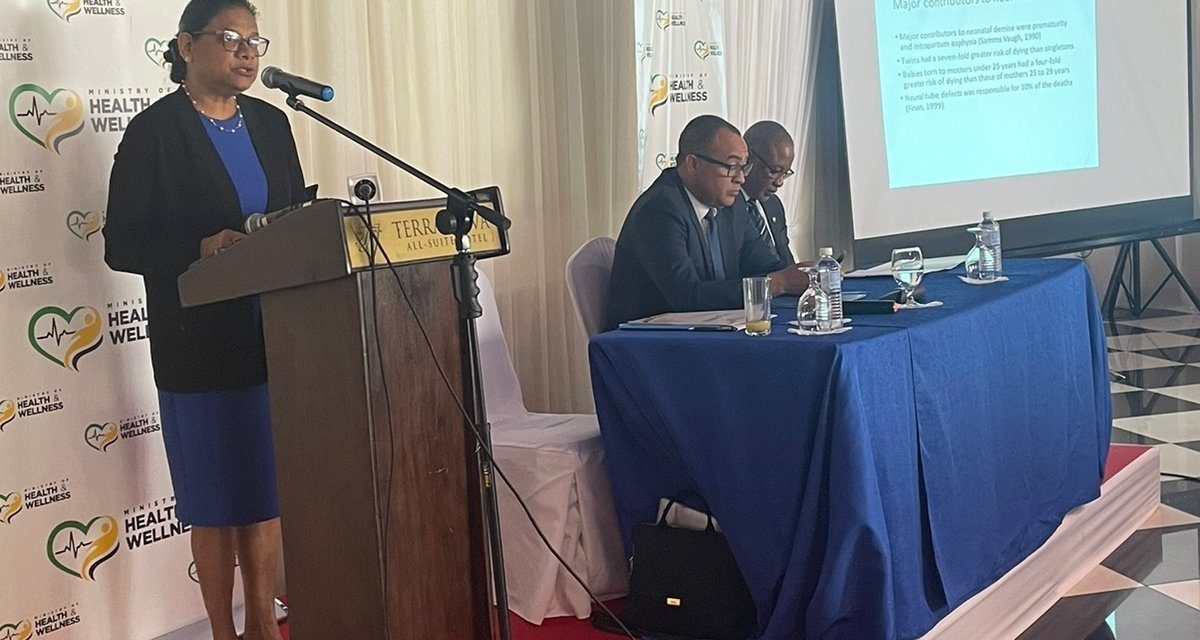 Poor cleaning practices have been cited as one of the primary causes of the deaths of 12 newborn babies at the Victoria Jubilee Hospital last year.

It’s one of the findings of the Pan American Health Organization’s report on the outbreak of Klebsiella pneumoniae at the nation’s premier maternal hospital.

PAHO found that the hospital failed to adequately clean and sterilise critical equipment in the nurseries where newborns were being housed.

The Ministry of Health and Wellness presented a summary of the PAHO report at a media briefing Tuesday afternoon.

The international health authority blamed the hospital for inadequate cleaning and disinfection practices for patient care equipment such as stethoscopes and laryngoscopes.

The problem was also compounded by low nursing complements and overcrowding of the nurseries.

These poor practices increased the spread of the virus.

PAHO also found fault with the bedding and cleaning agents used in the hospitals.

The health ministry maintains that once the outbreak was detected, its internal control mechanisms cauterised the infections and deaths of the babies.

Health minister, Dr Christopher Tufton, says efforts are being made to reassign staff and expand the existing complement in order to address understaffing issues at some facilities.

The ministry has reportedly applied for an increase in its staff complement for nurses and doctors.

Minister Tufton urged hospital staff to do more to ensure sanitization standards are complied with by contracted porters and cleaners.

Dr Bisasor-McKenzie expressed sympathies to the families who lost their children.

Meanwhile, Dr Tufton has refused to release to the public, the full PAHO report on the deaths of the 12 newborns at Victoria Jubilee Hospital.

The health minister says there was no finding by PAHO with which his ministry expressly disagreed. However, he notes the ministry has not customarily released technical reports to the public.

Opposition Spokesman on Health, Dr Morais Guy, has called on the minister to release the full report. Dr Guy noted a summary or redacted version would not be acceptable.