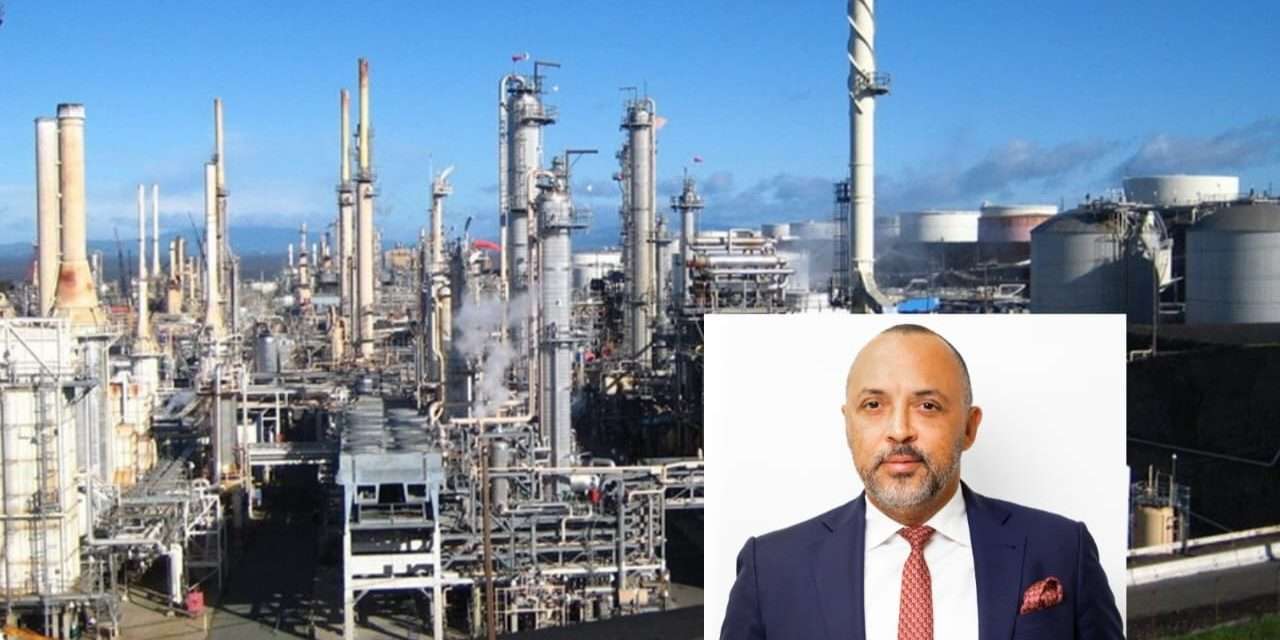 Port Hamilton Refining and Transportation, PHRT, the owner of the recently idled refinery on St. Croix, says it’s reiterating its commitment to the safe and environmentally sound restarting of the refinery at 180,000 barrels per day amidst the current tight supply environment, particularly in the United States and the Caribbean.

“The reality is that the demand for refined petroleum products such as gasoline and diesel is exceeding the industry’s current capability to supply this demand,” said one of PHRT’s chief principals, Charles Chambers said in a statement which was issued on Tuesday.

“This shortness of supply in the market has contributed to price increases that are straining the finances of many hard-working people. Our objective is to restart the refinery on St. Croix in a safe and environmentally sound manner which we hope will help to alleviate this tight supply situation”, Chambers continued.

Mr. Chambers also responsed to queries about the status of plans to restart the refinery.

“PHRT has a really unique opportunity to quickly bring new supply to the market with refinery production that is both inside the United States and the Caribbean. As a result, we are assiduously pushing within the international investment community towards ensuring that the PHRT Refinery is restarted in the shortest possible time” – the PHRT lead principal said.

PHRT said it is working toward the restart of the refinery by the second quarter of next year and has a goal that the vast majority of the full-time employees at the refinery will be United States Virgin Islands residents.

PHRT said it is on schedule to create many full-time jobs on St. Croix to support the operation and management of the refinery. It is anticipated that phase one hiring will commence in the fall of this year.

Mr. Chambers revealed that conversations continue to be had with local and federal regulators and a host of other critical constituents to ensure the safe, environmentally friendly and quick restart of the refinery.

For nearly 50 years the refinery produced 650,000 barrels per day and was a critical asset in the US and Caribbean fuel supply chain. Those years were a boon for the economy of the U.S. Virgin Islands which can be realised in the future with the restarting of the refinery.

In its statement, PHRT said not only is there the real possibility of getting the refinery up and running again in a relatively short space of time but there’s also a significant Environmental, Social and Governance (ESG) opportunity for the people of the US Virgin Islands.

Mr. Chambers says access to good paying jobs and affordable energy is an equity issue in the Caribbean. The people of the U.S. Virgin Islands, USVI, have suffered financially during the time the refinery was not running and restarting the refinery would create an incredibly positive direct impact for the communities of the USVI with the high paying jobs that will come back and also for the increased supply of fuel there and to the wider Caribbean.

PHRT also reiterated its assurances to residents of the USVI that as it works diligently to restart the refinery, the people of the USVI are the most important constituents and their safety and the protection of their environment are paramount.

PHRT was formed by industry veterans from across the Caribbean and the United States who reportedly have significant knowledge of the energy sector, and in particular, regional refined products market. In January 2022, the entity completed the acquisition of the refinery which is located on the coast of St. Croix.