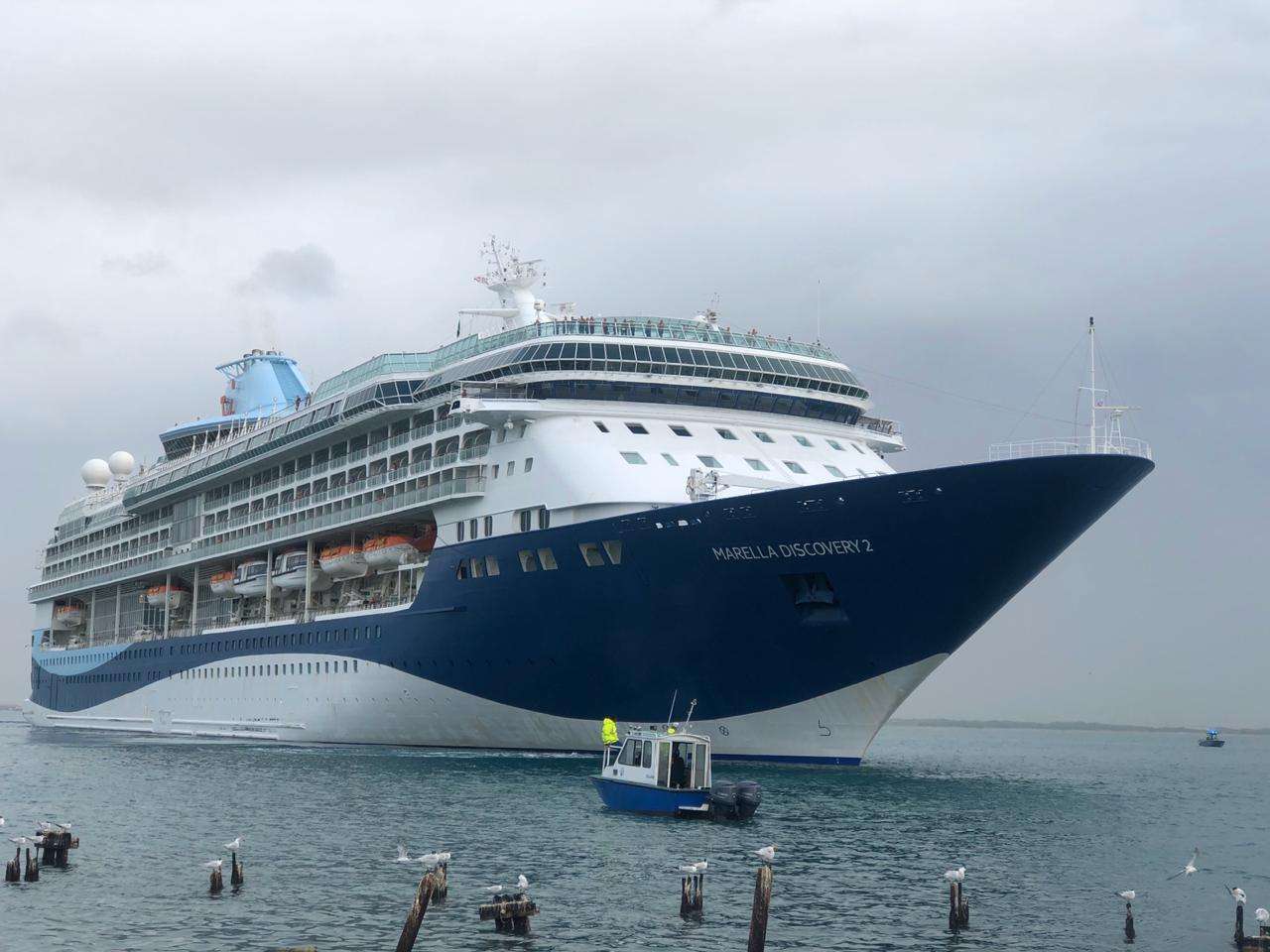 The ship, the Marella Discovery II arrived at 7 with some two thousand tourists on board.

Over the weekend, the Port Authority of Jamaica, PAJ, was busy adding the finishing touches to the pier.

The PAJ says the pier will not operate strictly as a point of entrance and exit.

It says there’ll be retail shops and restaurants by the pier.

The Port Royal Development, which has been years in the making, aims to bring much-needed cruise shipping and tourism back to Kingston.

Head of the PAJ, Professor Gordon Shirley, says several vessels have already expressed interest in docking at the Pier.

He says the aim of the development is to enhance the historic value of Port Royal and to improve Kingston, which he describes as the cultural gateway to the Caribbean.

Professor Shirley is also seeking to allay fears that the development will negatively impact the environment.

Professor Gordon Shirley, Head of the Port Authority of Jamaica, speaking with Nationwide News, during a media tour of the Port Royal Pier today.

He says the development will also see the construction of a much-needed sewage system which will facilitate the entire Port Royal community.

Some $US45million has been budgeted for the project and Professor Shirley says the plan is to not spend a penny more.

In the meantime, Professor Shirley is assuring the nation that the facility will be safe and free from those who seek to harass tourists.

But, he says the local residents and their needs will be facilitated.

He says the facility is just a first in several development projects in Port Royal.