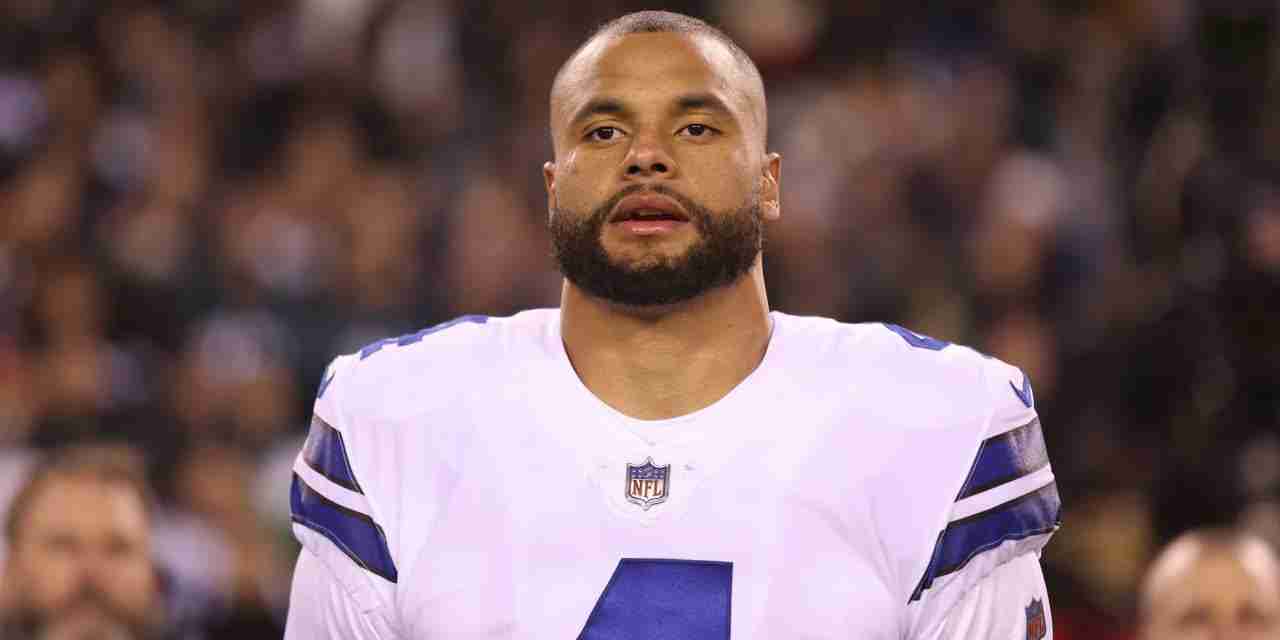 The Cowboys suffered a surprise 23-17 home defeat by the San Francisco 49ers in the NFL’s play-offs on Sunday.

Prescott initially said it was “sad” that fans were throwing rubbish at the team but when told it was aimed at officials, he said “credit to them”.

He later tweeted: “I was caught up in the emotion of a disappointing loss and my words were uncalled for and unfair.”

Prescott was trying to lead the Cowboys to a game-tieing touchdown in the final minute, but with no timeouts left, he elected to run the ball down the middle of the field.

And he ran out of time for one more play because an official needed to touch the ball before the next snap.